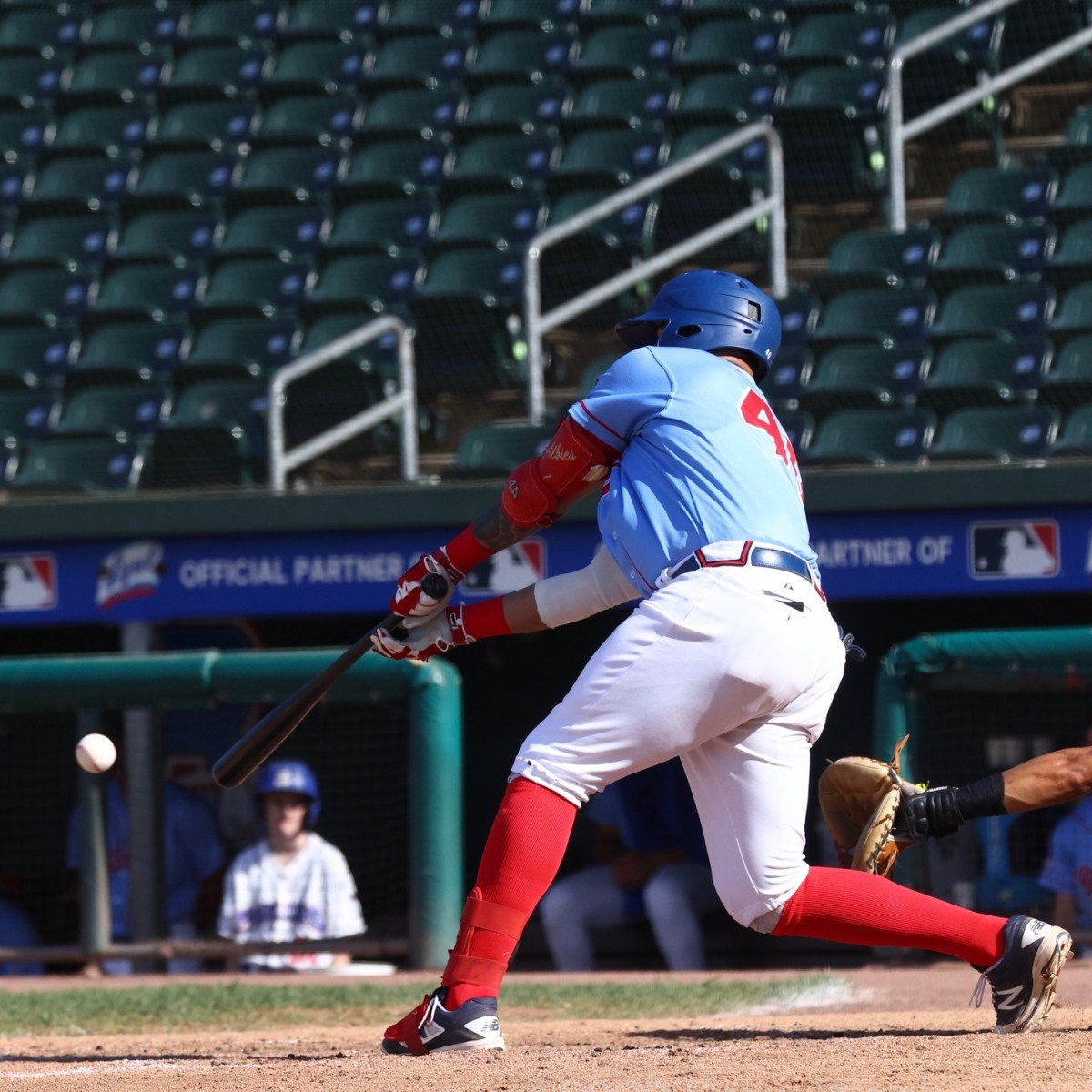 Boulders’ Ray Hernandez reaches down to line an RBI single in the second inning in win over the Empire State Greys. Photo by: Drew Wohl of the New York Boulders

This will be the third season for the New York Boulders in the Frontier League, and the team will be ready to thrill and excite fans yet again. The bar is set high for this year’s edition of the team, as last season the Boulders went into the Playoffs and showed that they can be contenders for a championship.

There will be a ton for fans to look forward too during the 2023 season, including:

Star Wars Night, Pink in the Park (Breast Cancer Awareness Night), Irish Heritage, Disco Night, BoulderBird’s Birthday, with a ton of surprises in store for the fans that will be added in the coming weeks.

Clover Stadium will be set to add a special Premium Box seat category, offering exclusive front row seating to fans, that extends from the Boulders’ dugout. In addition to seats behind home plate, and around to the vistors’ dugout for $18 each.

Fans can also purchase Dugout of Dream premium party area seats, which is located in the unique ‘double dugout’ adjacent to the Boulders’ dugout. These seats offer you the ‘best view of the game.’

Returning as an option for fans are the popular Value Packs for special dates, such as Opening Weekend, Father’s Day, the Firecracker Pack, Harry Potter Night, and more.