The New York City Football Club overcame what might have been one of the worst own goals in recent soccer memory with a 1-1 comeback tie at Citi Field over 7th place FC Cincinnati. After a strong start with to the evening with several much needed fresh legs back in the lineup after injury Thiago Martins got the scoring underway the wrong way with a pass back towards goalkeeper Sean Johnson without realizing Johnson wasn’t there, giving the Orange and Blue an early lead at 22 minutes.

However in a twist the goal seemed to unite NYCFC as pressure was repeatedly put on goalkeeper Roman Celentano & the defense throughout the match. In the 41st minute NYCFC landed the equalizer via a header from Gabriel Pereira. In a fired up moment Pereira picked up a yellow card for Excessive Celebration after taking his shirt off, however few were upset given the importance of the goal.

1495 Sports is proud to bring the following photo gallery with photos from Jenny Rohl from the NYCFC vs FC Cincinnati match: 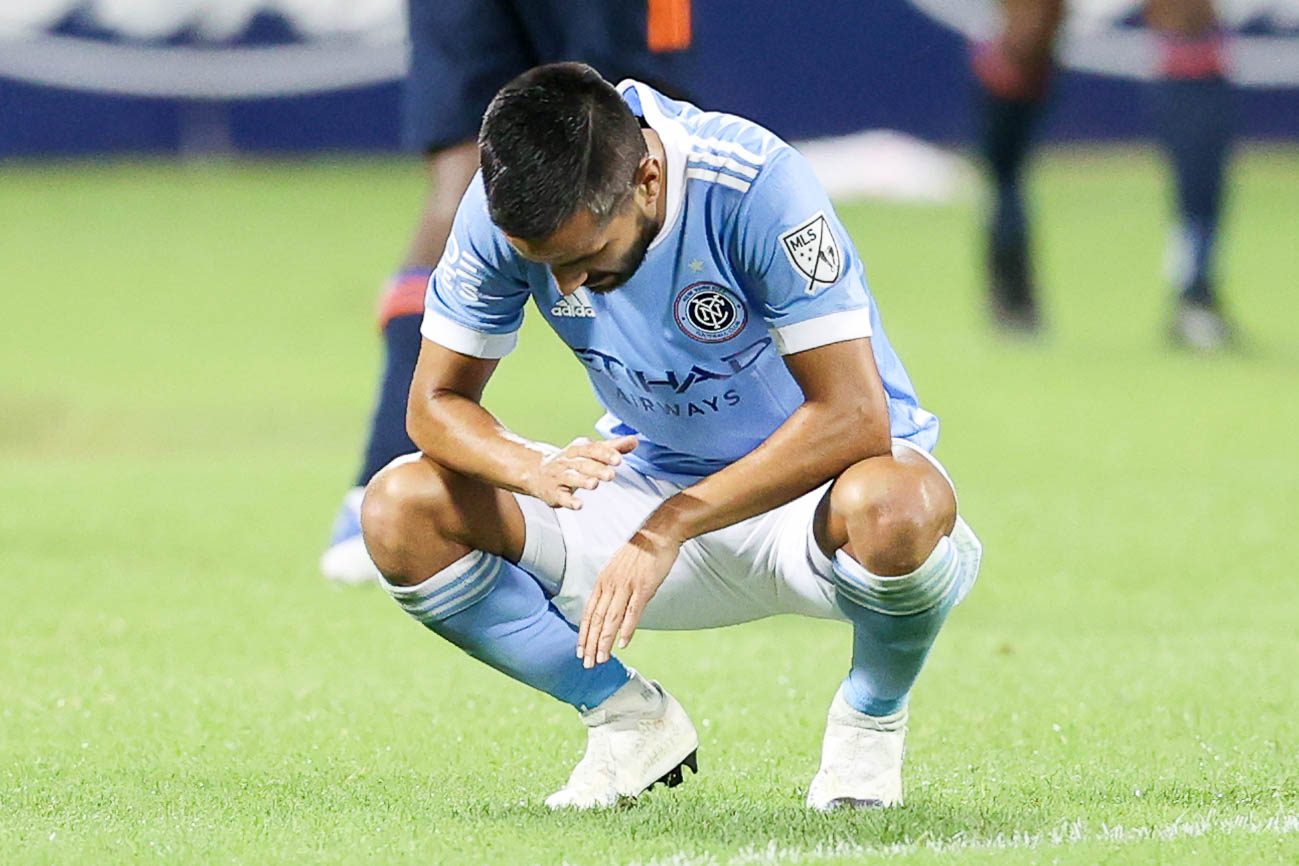 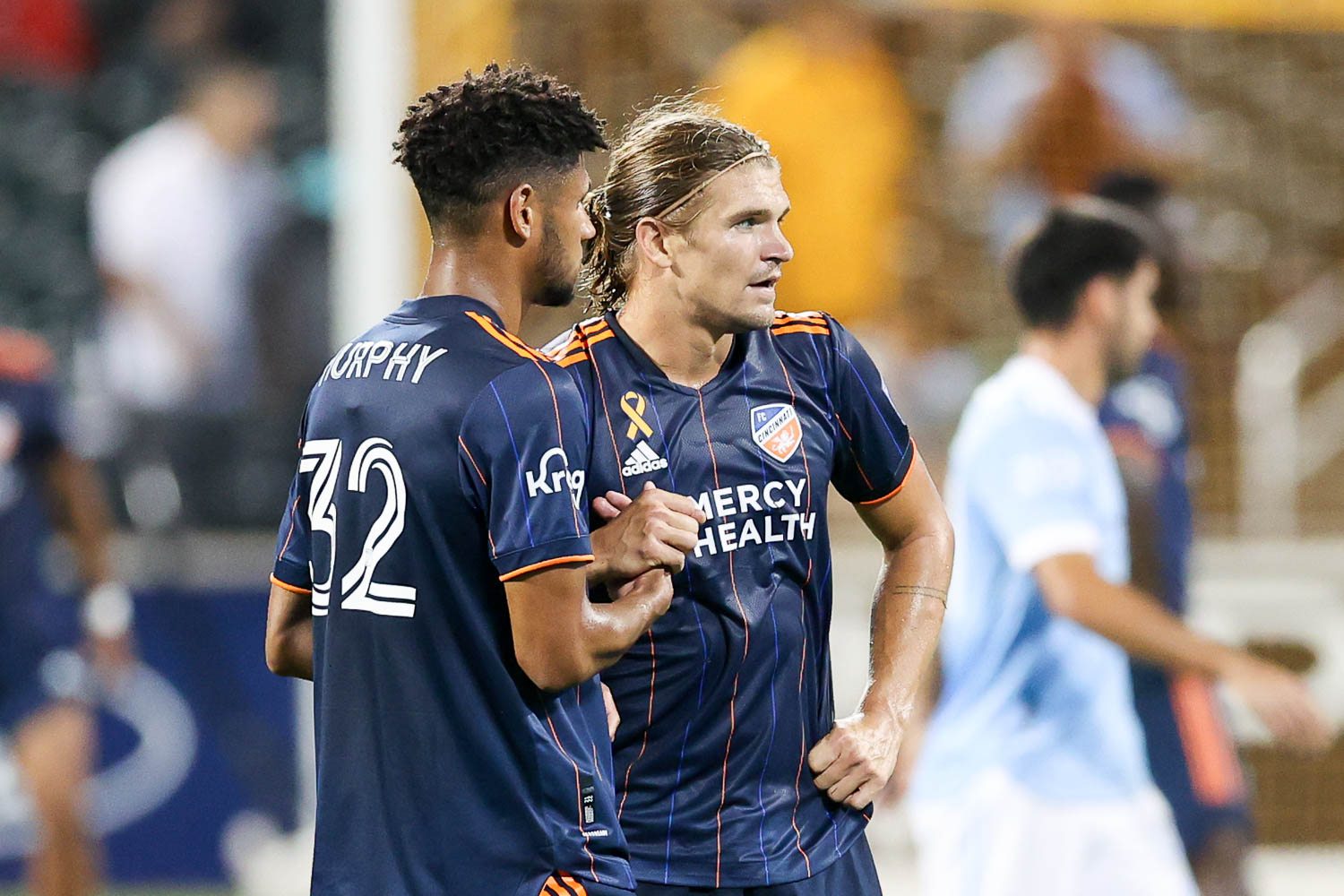 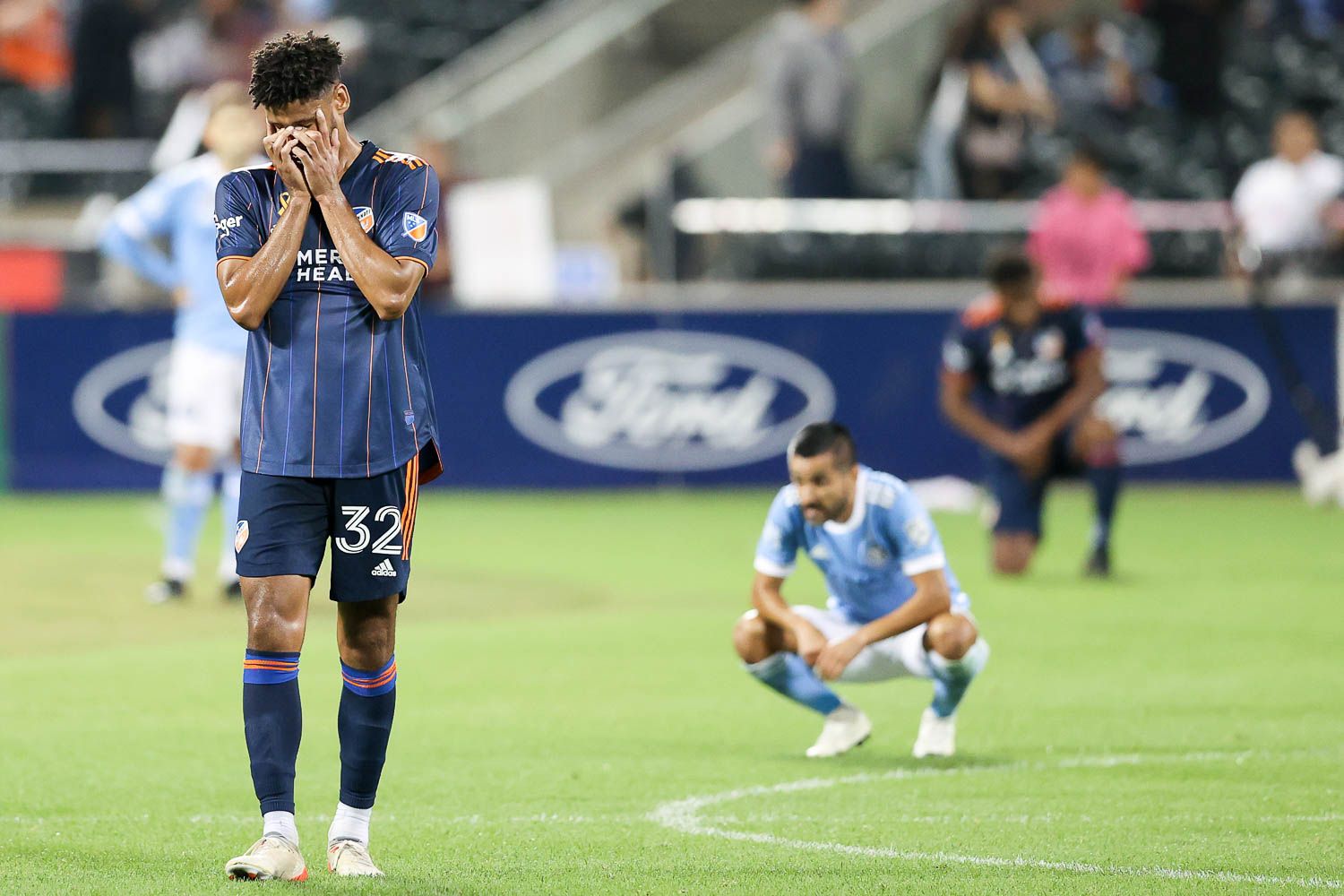 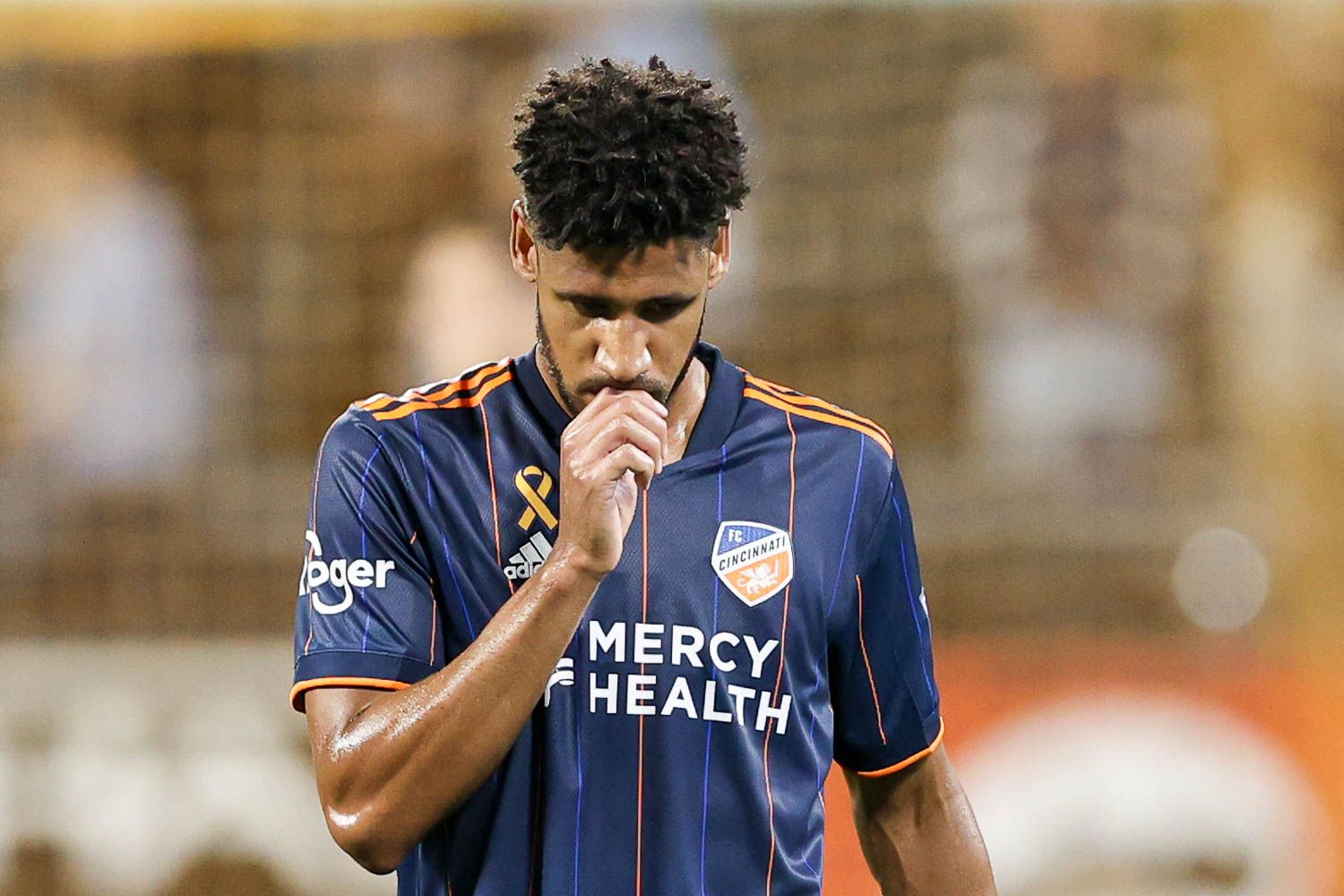 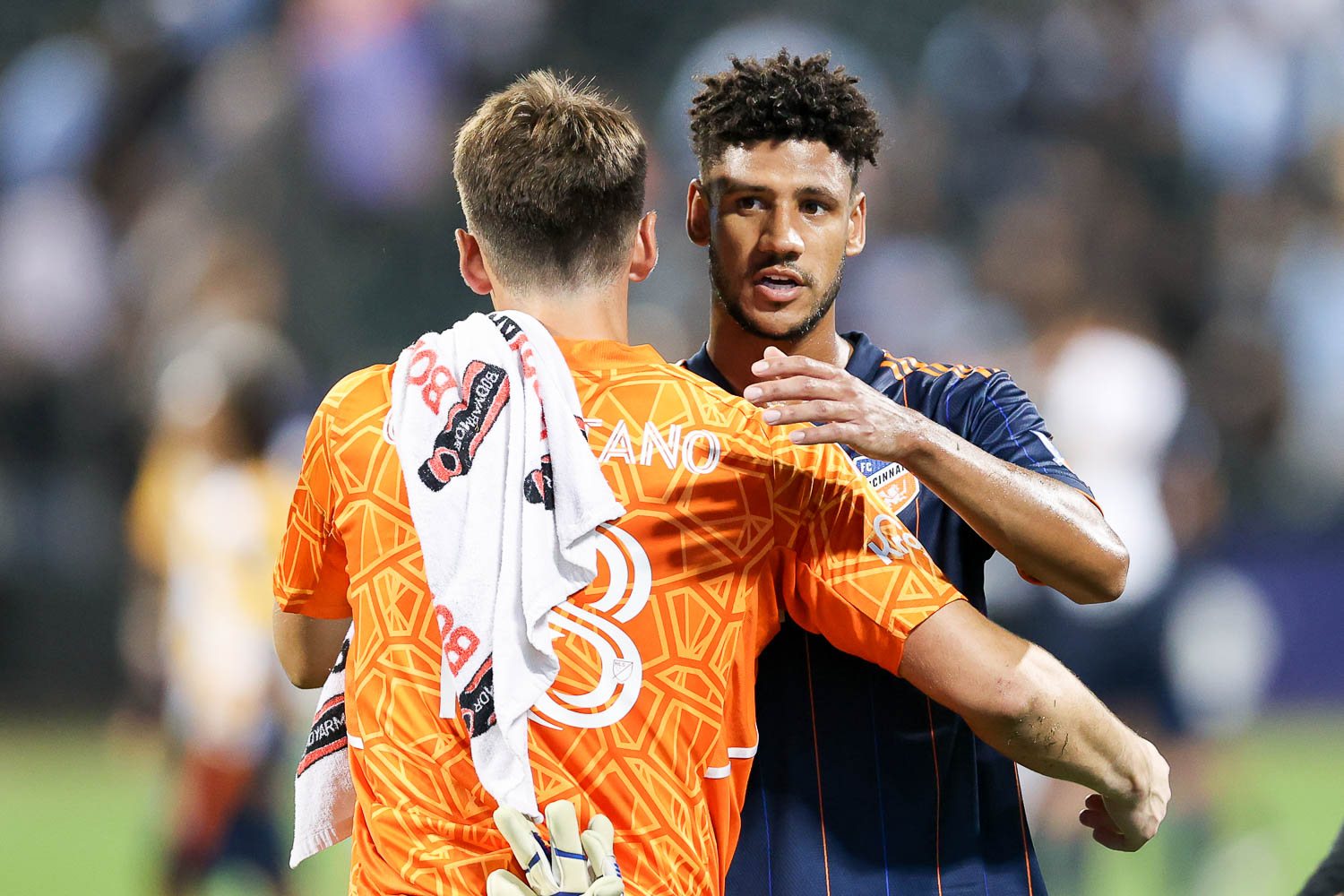 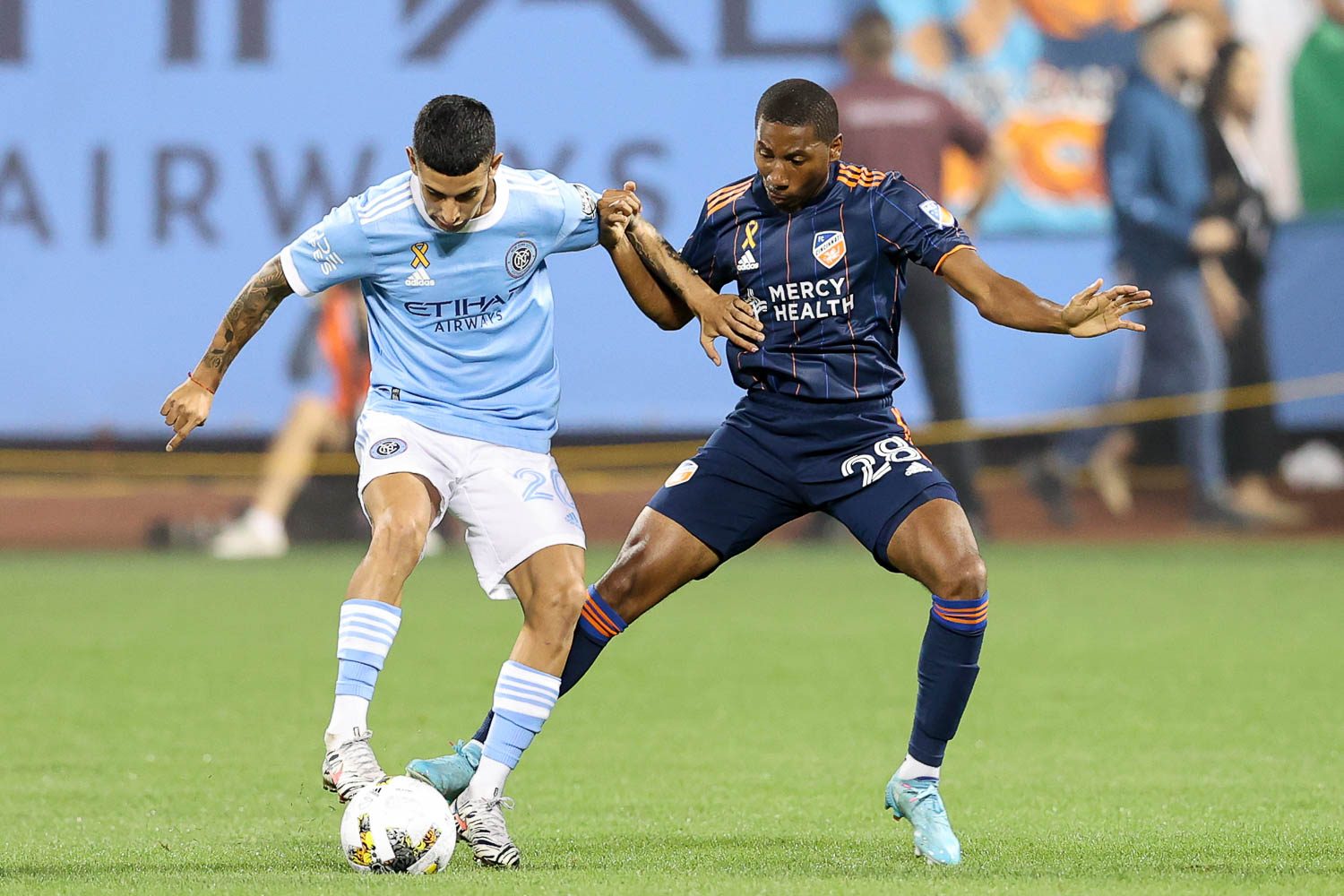 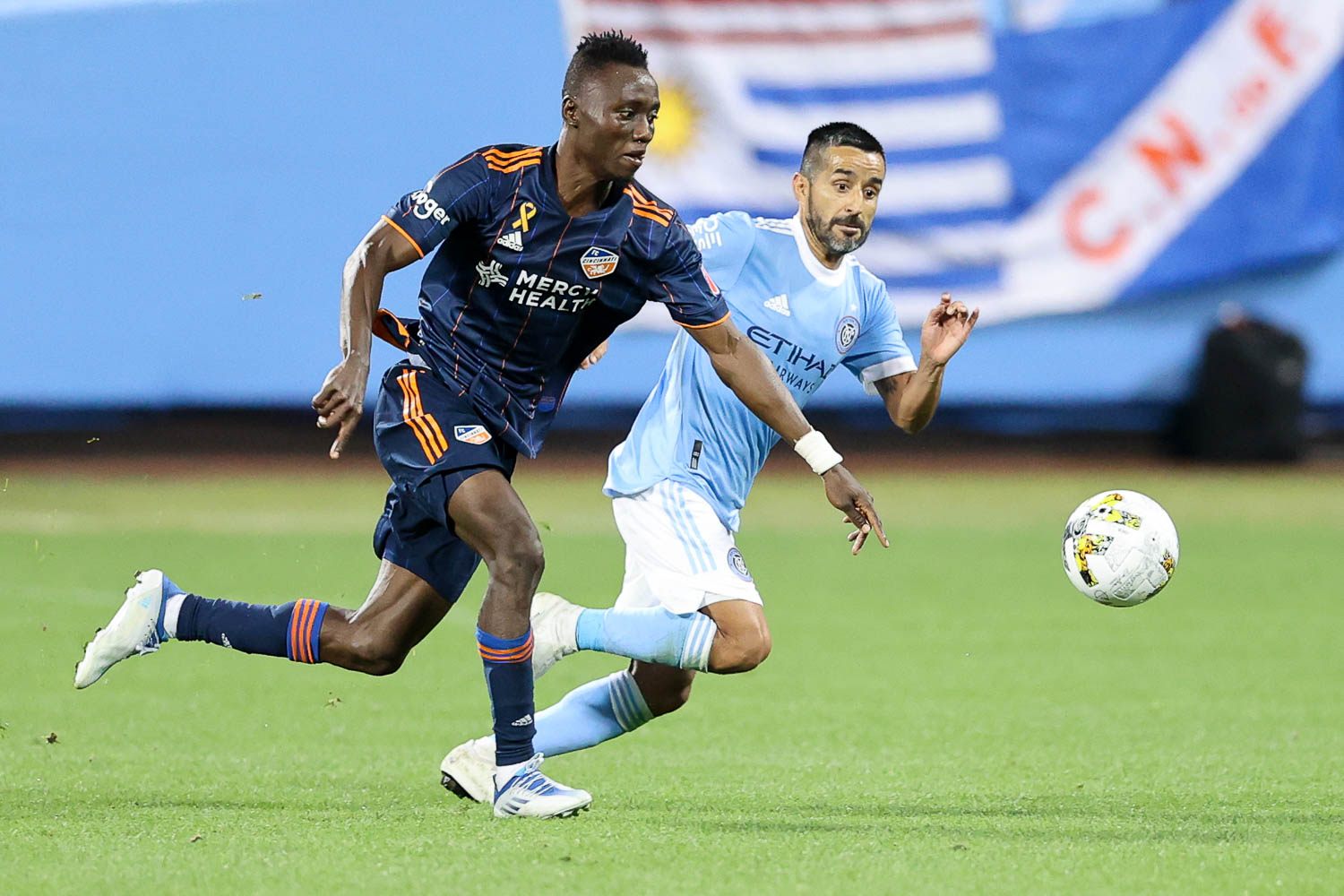 New York kept the pressure on for much of the second half as well, however drew a red card and nearly a Cincinnati penalty kick after Martins again was involved, this time fouling Sergio Santos on a clear run to the goal. VAR confirmed the foul occurred outside the box by only a few feet, so NYCFC played the rest of the match with only 10, but avoided what could have been a devastating penalty kick. Overall Head Coach Nick Cushing was happier than games past, “I think tonight you’ve seen a team that is fully committed, really hungry to not give away cheap goals. Of course, the goal was cheap, but it was a mistake, an individual error. It’s not from being unorganized or from falling asleep, I think we did a lot better tonight.”

Next up for the club is a road visit to Charlotte FC on Saturday to take on the 12th place club in a rematch from August 17.

1) In the first half NYCFC has scored 11 goals in the final 15 minutes which is second only to the Philadelphia Union with 12.

2) NYCFC out-shot FC Cincinnati by a 22-4 count, including 8-1 on goal. Orange and Blue’s only shot on goal came late in the second half. They remain unbeaten against the club, now having gone 6-0-2 overall, with the two ties this year.

3) With the tie NYCFC has 4 games remaining and sits in 4th place in the East, currently a point behind RBNY and 4 above Orlando (who have 2 games in hand).

4) In their only other match against expansion Charlotte, New York gave up two late goals and lost 3-1. Maxime Chanot picked up the only goal for the Cityzens.