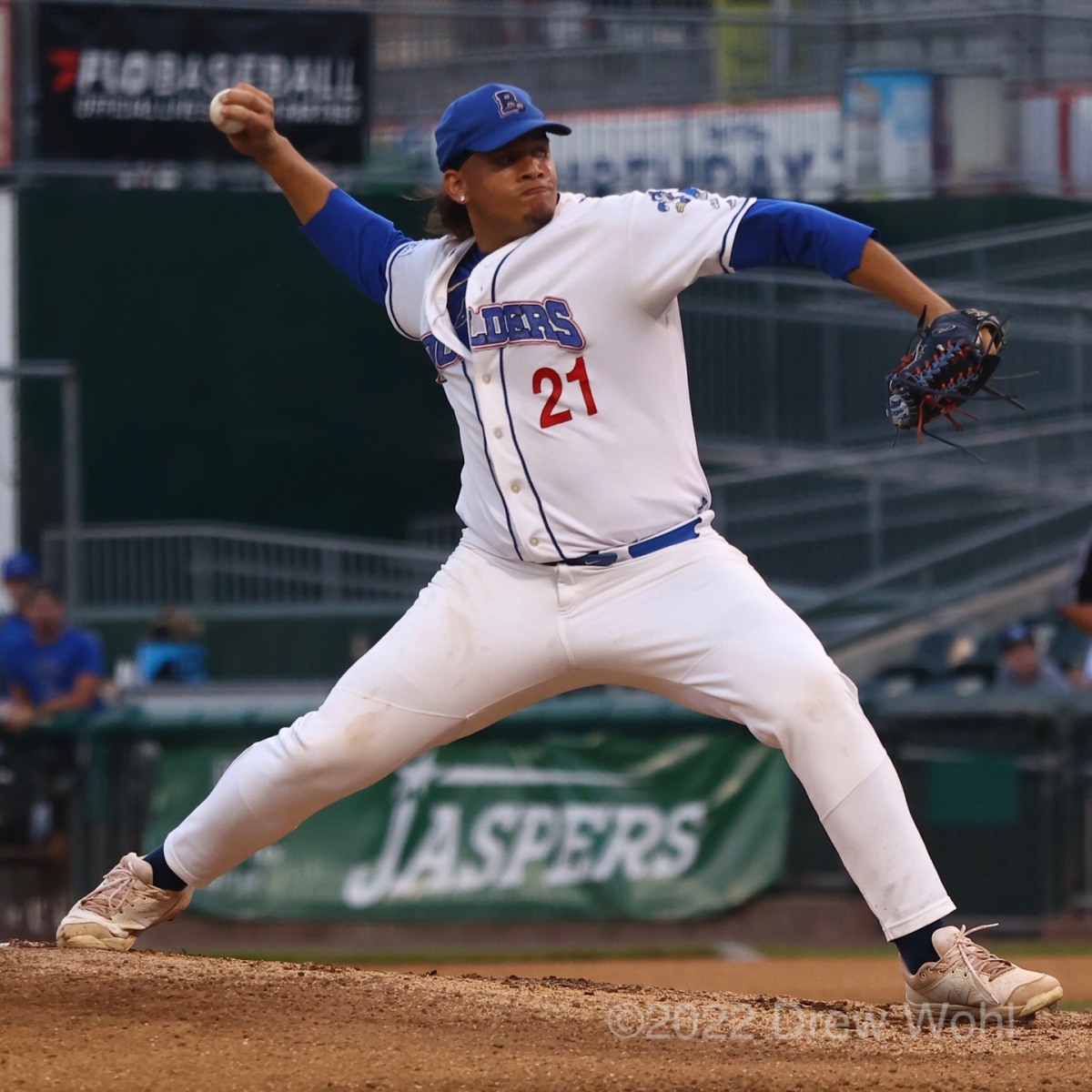 Things are clicking at just the right time for the New York Boulders, as things are getting closer to the Frontier League Playoffs, the guys on the team are getting the wins that will help put them in contention for a playoff spot.

The latest victory for the Boulders was a 2-0 decision over the Empire Greys in the first of a three game set.

There were a ton of games that had to be postponed, including Trois-Rivieres vs Ottawa and Sussex County vs Tri-City, thanks to that and the victory New York is now tied with the Titans and Miners with a 52-38 mark, which makes things a three way tie for Second Place in the Playoffs.

Pitcher July Sosa had himself an outstanding start, as he allowed two hits over six innings of work at Clover Stadium in Pomona. Sosa was able to fan six batters, while improving to a 7-2 mark.

New York was able to gain an early lead thanks to a huge Second Inning. That frame started with back-to-back-to-back  walks by Francisco Del Valle, Jake MacKenzie, and Tucker Nathans, which was able to set up bases loaded for Ray Hernandez.

Hernandez was able to have a force play at second base that plated Del Valle for the first run of the game. An error on the same play had allowed for the second run to score giving them a 2-0 lead.

Rain started to pour upon Clover Stadium around the sixth inning, and the crew of the game deciding to call things a night to keep the players safe.

The second game between the New York Boulders and Empire State Greys is set for August 31, with First Pitch scheduled for 7:00 p.m.