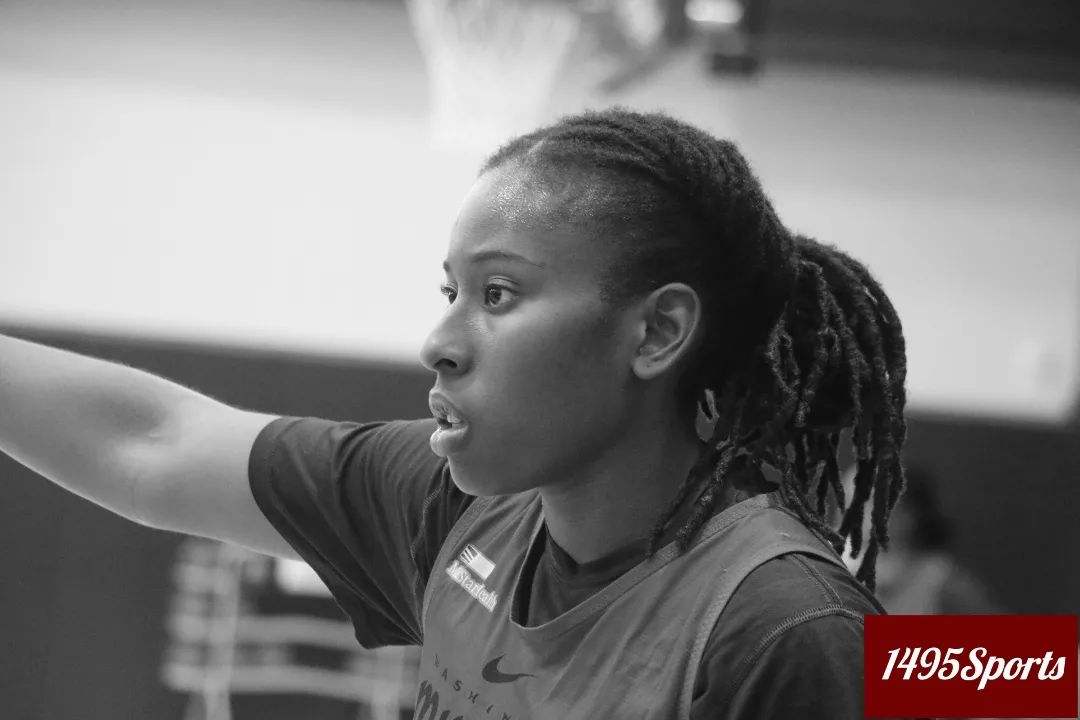 Ariel Atkins and Natasha Cloud in action for the Washington Mystics. Photo by: Stacy Podelski/1495Sports

A two-time All-Star, Atkins averaged 14.6 points, a career-best 3.3 rebounds, 2.3 assists and a team-best 1.3 steals per game, marking the fifth consecutive year she has averaged at least one steal per game. Atkins has totaled 221 steals over the last five seasons, the most in the WNBA and she ranks third in steals in franchise history. During the 2022 season, the fifth-year guard totaled 32 offensive fouls drawn, the most in the league.

Cloud comes off a career year, averaging career-bests in points (10.7), rebounds (3.6) and a league-leading 7.0 assists per game – earning the 2022 WNBA Peak Performer Award for assists. Helping the Mystics to the best defensive rating (96.0) in the WNBA and the team’s lowest defensive rating since 2015, she totaled multiple steals in 11 games, the second most games in a single season in her career.

The seventh-year guard amassed 239 assists, 122 rebounds and 35 steals in 2022, one of nine guards in league history total at least 200 assists 100 rebounds and 25 steals in a single season. She also joins Jordin Canada, Chelsea Gray and Courtney Vandersloot as the only players to average at least five assists and one steal per game in three of the last four seasons.

For more information on the WNBA fans are encouraged to click on the link seen here: