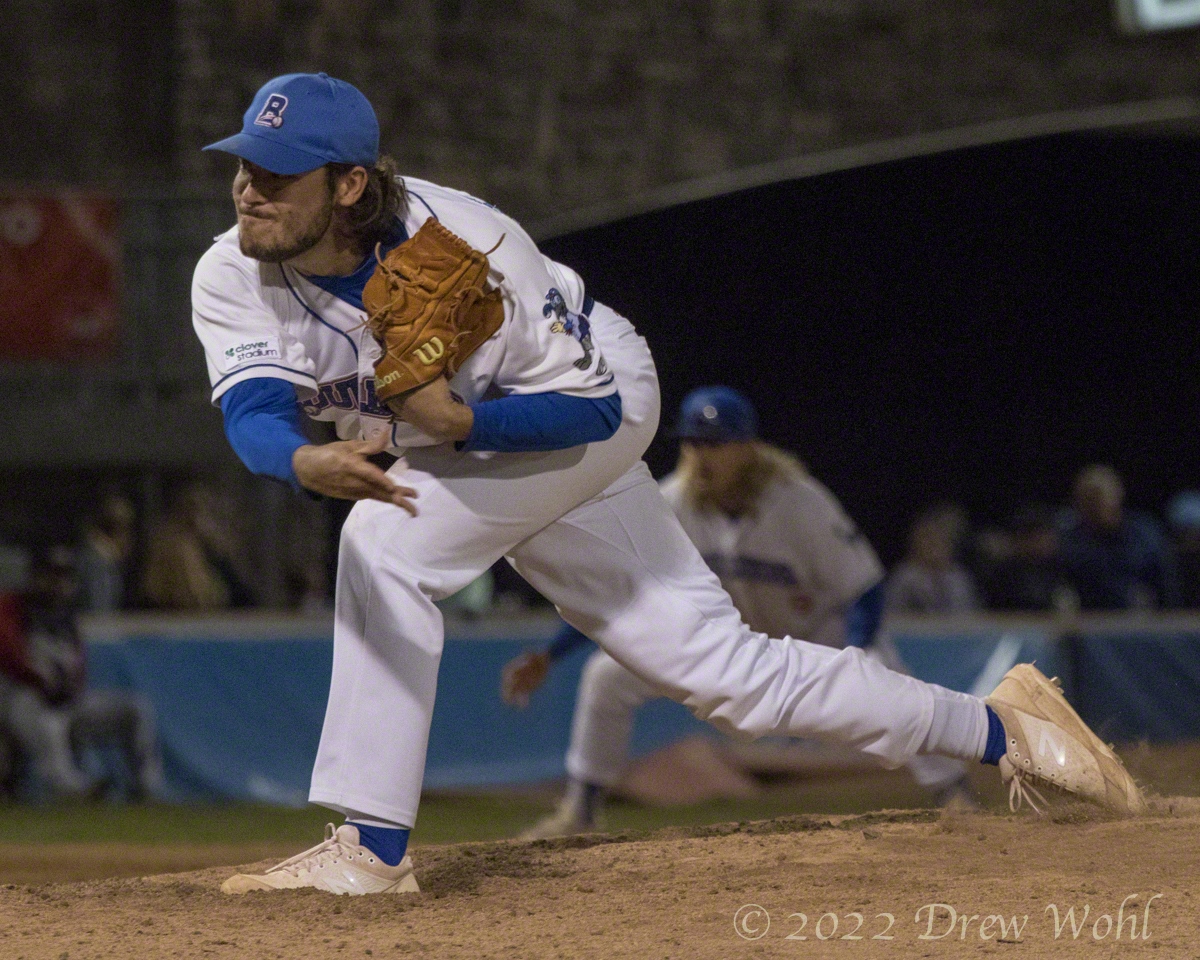 Zach Schneider tossed 5 1/3 scoreless and hitless innings in relief to pick up the win on Tuesday night for the Boulders over the Jackals.  Photo by Drew Wohl/New York Boulders

The New York Boulders were able to edge out the New Jersey Jackals by a score of 3-1 in Frontier League action on Tuesday night.

New York got the night going thanks to a homer run by Francisco Del Valle, who had a solo shot in the second inning.

New Jersey was able to battle back thanks to a ground out play by Austin Markman that plated a run and made the night a nailbiter.

As for the pitching Zach Schneider was able to get the victory for New York thanks to his wonderful relief performance. New Jersey, meanwhile, was led by Jorge Tavarez who took the loss.

Next up for the Boulders will be the second game in the set between them and New Jersey as the two teams will play on August 24, with the first pitch set for 7:05 p.m.