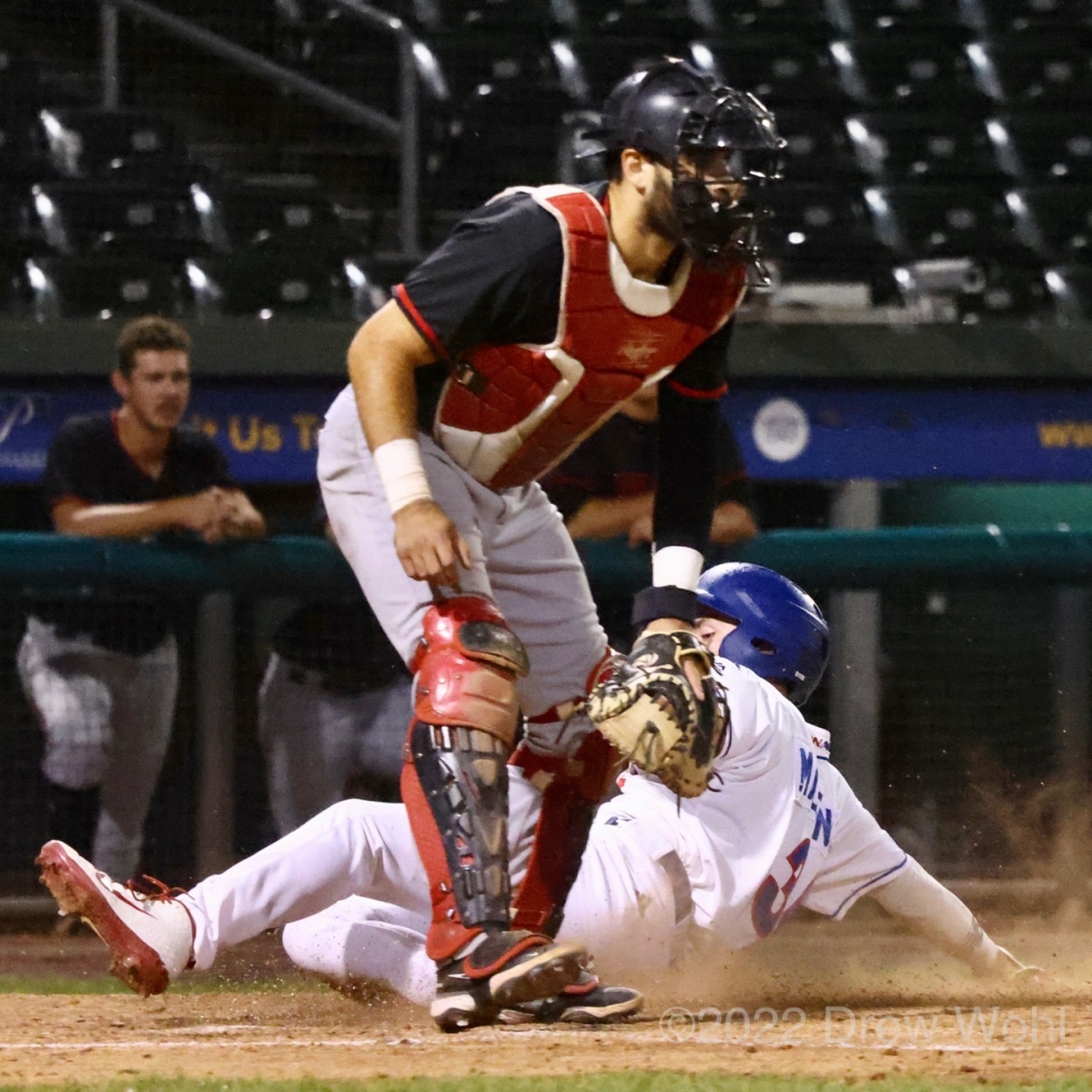 The rivalry between the New York Boulders and New Jersey Jackals has been renewed, with the Boulders winning a close 8-6 decision over the Jackals in Wednesday night Frontier League action.

It was a thriller of a game, as things started off in the third inning with some action packed baseball. New Jersey was able to get three runs thanks two a two-run shot by Justin Wylie to go along with an RBI single by Jason Agresti. New York, meanwhile, was powered by a solo shot by Hernandez and a two-run double by Austin Dennis.

The Jackals were able to take a 5-4 lead thanks to a sacrifice fly by Alfredo Marte to go along with a homer by Wylie. New York would not go down without a fight, as Hernandez was able to  lace in the game-tying run with an RBI single.

With the two teams tied up in the fourth, it was the Boulders who took the lead as Max Smith laced a solo shot. As the frame progressed MacKenzie had a RBI single that made the game 7-5.

New Jersey regained their lead in the top of the fifth thanks to an incredible at-bat by Wylie who drew a bases loaded walk. Gian Martellini would help the Boulders retake the lead with a run-scoring single in the bottom of the inning.

On the mound for the Boulders Ryan Munoz, who was the second pitcher in the game, was able to get the victory and improved his record to a 4-2 mark. New York had a special moment when Matt Leon came into the game and earned his first save.

The New York Boulders and New Jersey Jackals conclude their three-game set on August 18, with the first pitch slated for 7:00 p.m.