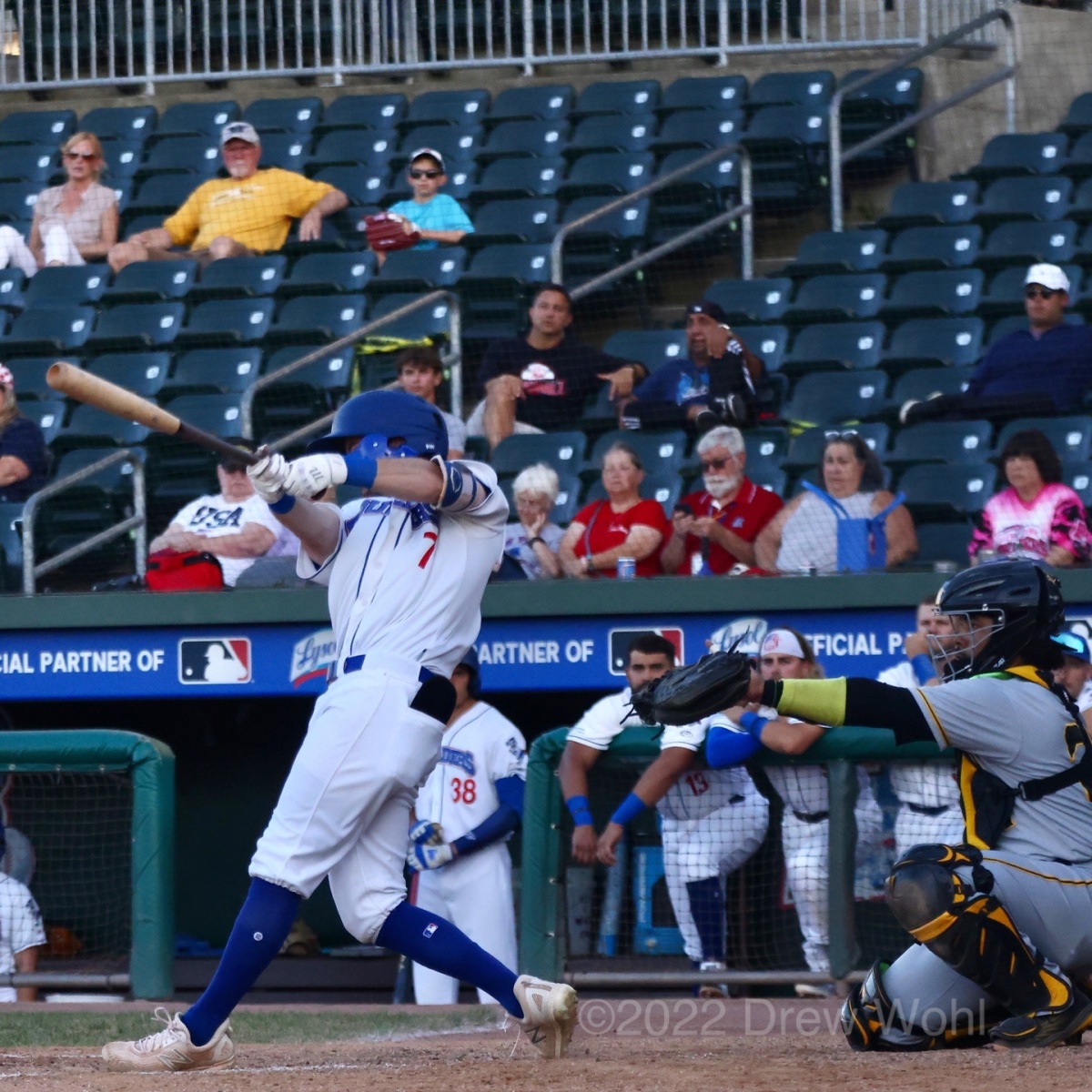 On a beautiful Tuesday night at Bosse Field it was the Evansville Otters who were able to best the New York Boulders by a final of 3-1 , as Evansville was led by a homer by Zach Biermann .

The night got started with the Otters striking first, as Tyler Doanes was able to drive home Justin Felix who had doubled earlier in the frame. New York was able to strike back in the top of the seventh inning as Austin Dennis was able to hit an RBI double to get the Boulders back into the game.

After that bit of offense it was a pitchers duel between the two teams as Ryan O’Reilly and July Sosa both put on a stellar performance for each of their respective teams.

It was in the bottom of the seventh inning when the game broke open. The Otters were able to strike first thanks to the homer by Biermann who hit a homer to right field (his 15th of the season). Evansville poured on to their lead thanks to some clutch hitting.

One mistake by Zach Sneider allowed for the Otters to increase their lead, as a wild pitch made the game 3-1. From there Evansville was able to shut down the New York offense and was able to earn the victory.

Getting the victory for the Otters was O’Reilly who went 7 ⅓ innings, giving up only one run, on five hits, while walking two and striking out six. With the victory the starter improved his record to 5-4 on the year.

Sosa, meanwhile was tagged with a loss, even though he had a fine outing on the mound. The starter went 6 ⅓ innings, while allowing three runs on six hits while striking out five batters.

The series between New York and Evansville continues on Wednesday, July 27 with first pitch scheduled for 7:35 p.m.