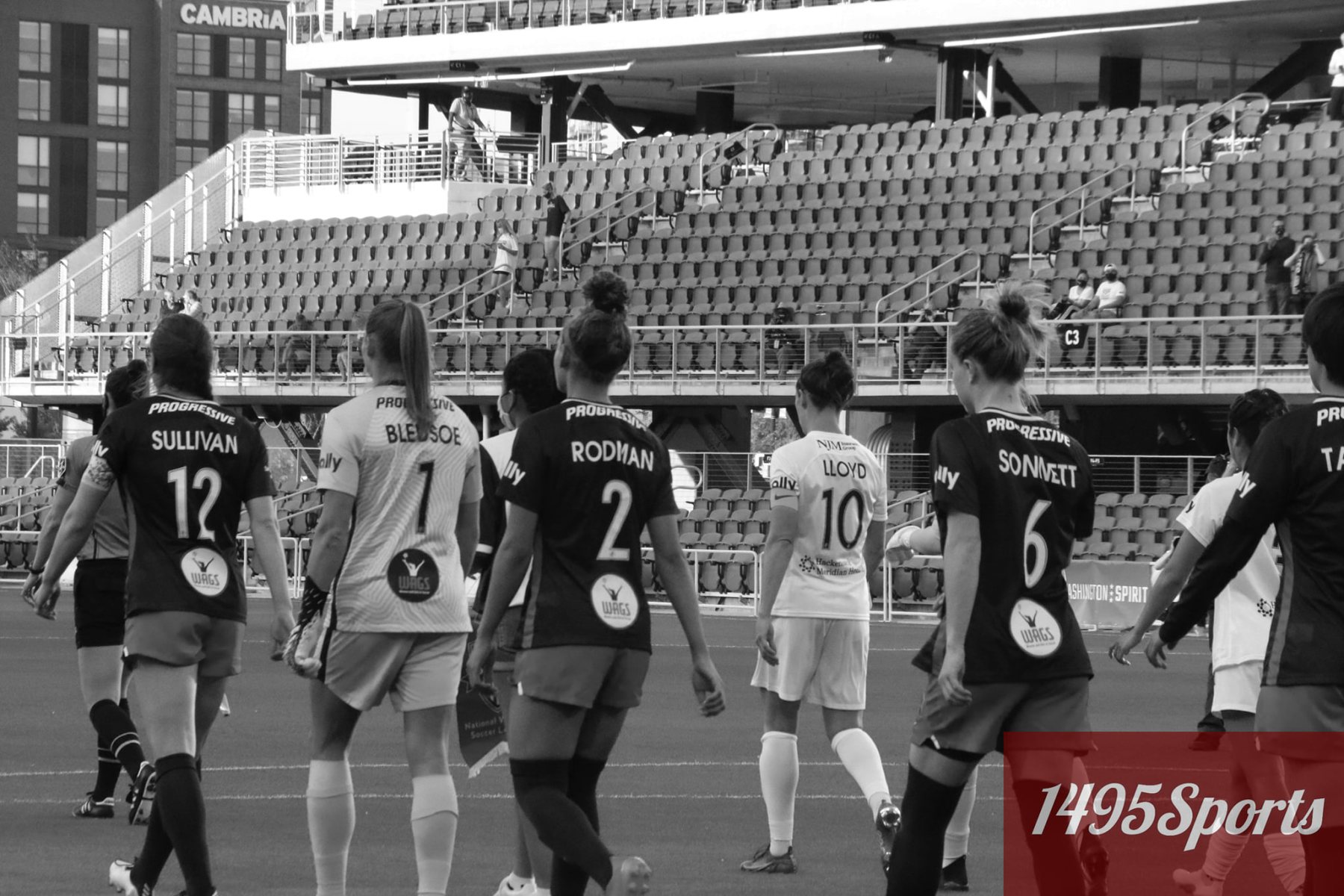 The Washington Spirit in NWSL action. Photo by: Stacy Podelski/1495Sports

The 2023 Preseason roster has been set for the Washington Spirit, as the club will feature three goalkeepers, seven defenders, 11 midfielders and 10 forwards.

Most of the roster will have a ton of experience, as there are four players that got the call to the USWNT’s January camp in New Zealand: midfielders Ashley Sanchez, Andi Sullivan, Ashley Hatch and Trinity Rodman. Aso set to make their debut with the Spirit will be the team’s six 2023 Draft picks: in goalkeeper Lyza Bosselmann (Gonzaga), midfielder Delaney Graham (Duke) and forwards Nicole Douglas (Arizona State), Civana Kuhlmann (Colorado), Leano Silano (Long Beach State) and Riley Tanner (Alabama).

In addition the club will have an opportunity to try out two-under 18 trialist to the camp. The executives on the team will have a chance to see 17-year-old midfielder Melina Rebimbas and 15-year-old forward Chloe Ricketts with the club and the type of impact they may make. Rebimbas is set to graduate High School this year and has committed to play for North Carolina in the fall.

Here is the official roster: