In front of a rocking crowd at Madison Square Garden it was the Cornell University (6-4-0) Ice Hockey team having a 6-0 victory over Nationally Ranked University of Connecticut (10-3-3) on Saturday.

The Big Red found the back of the net quickly as Dalton Bancroft and Ondrej Psenicka tallied goals that were 74 seconds apart. Cornell never looked back as 11 different players contributed to a victory over a University of Connecticut team that is ranked 6 in the Country.

1495 Sports is proud to bring the following photo gallery from the event. Photos taken by: Stacy Podelski 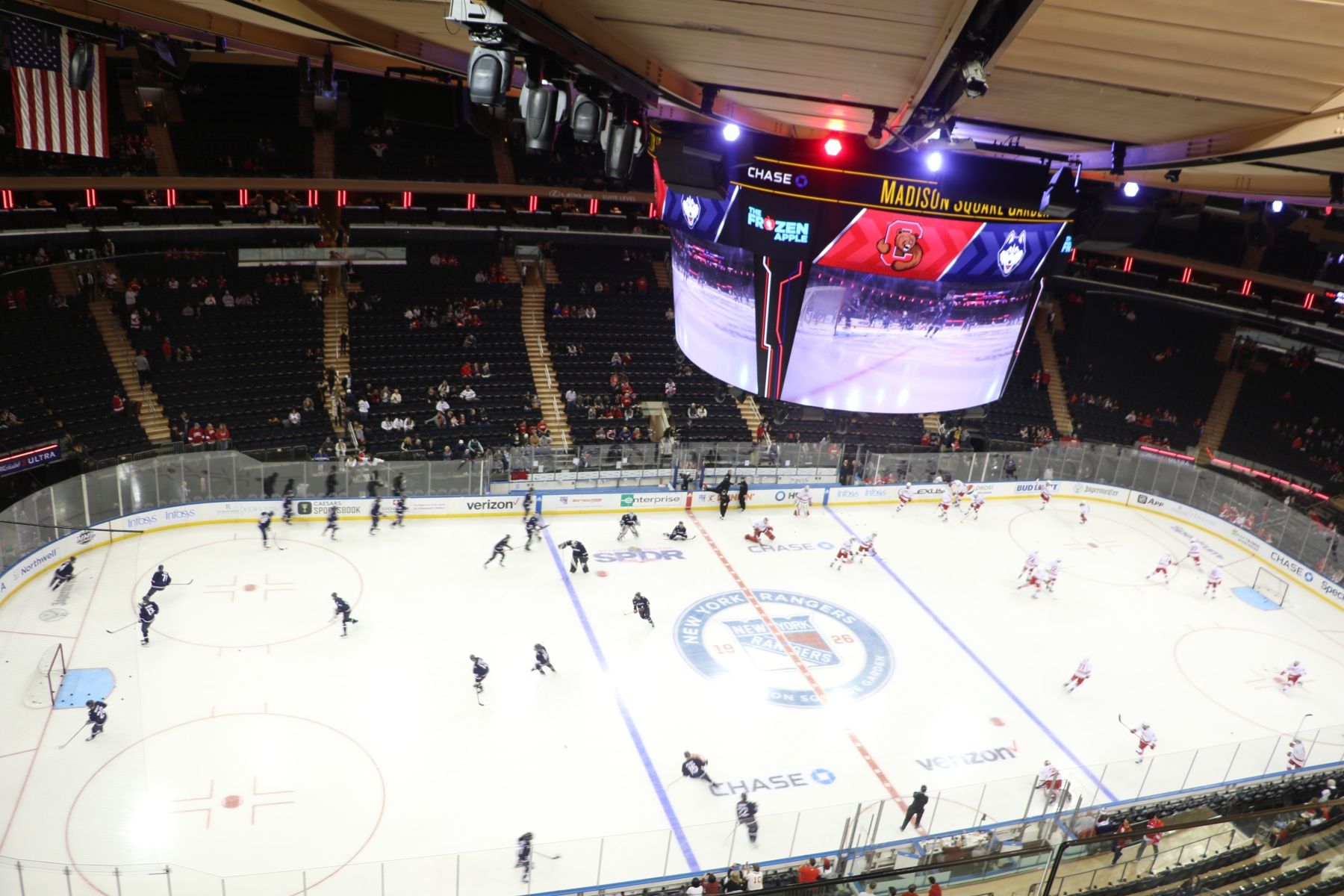 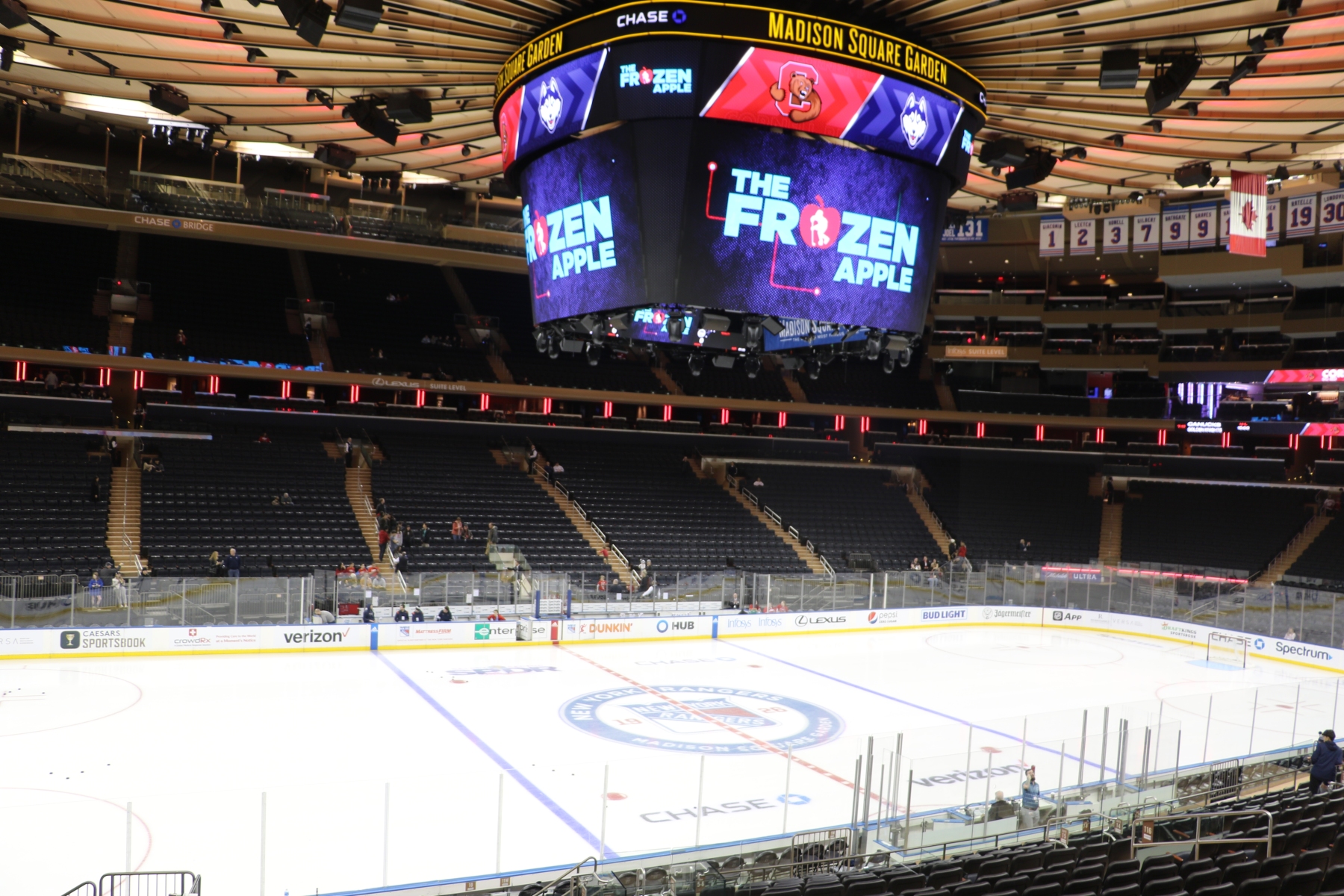 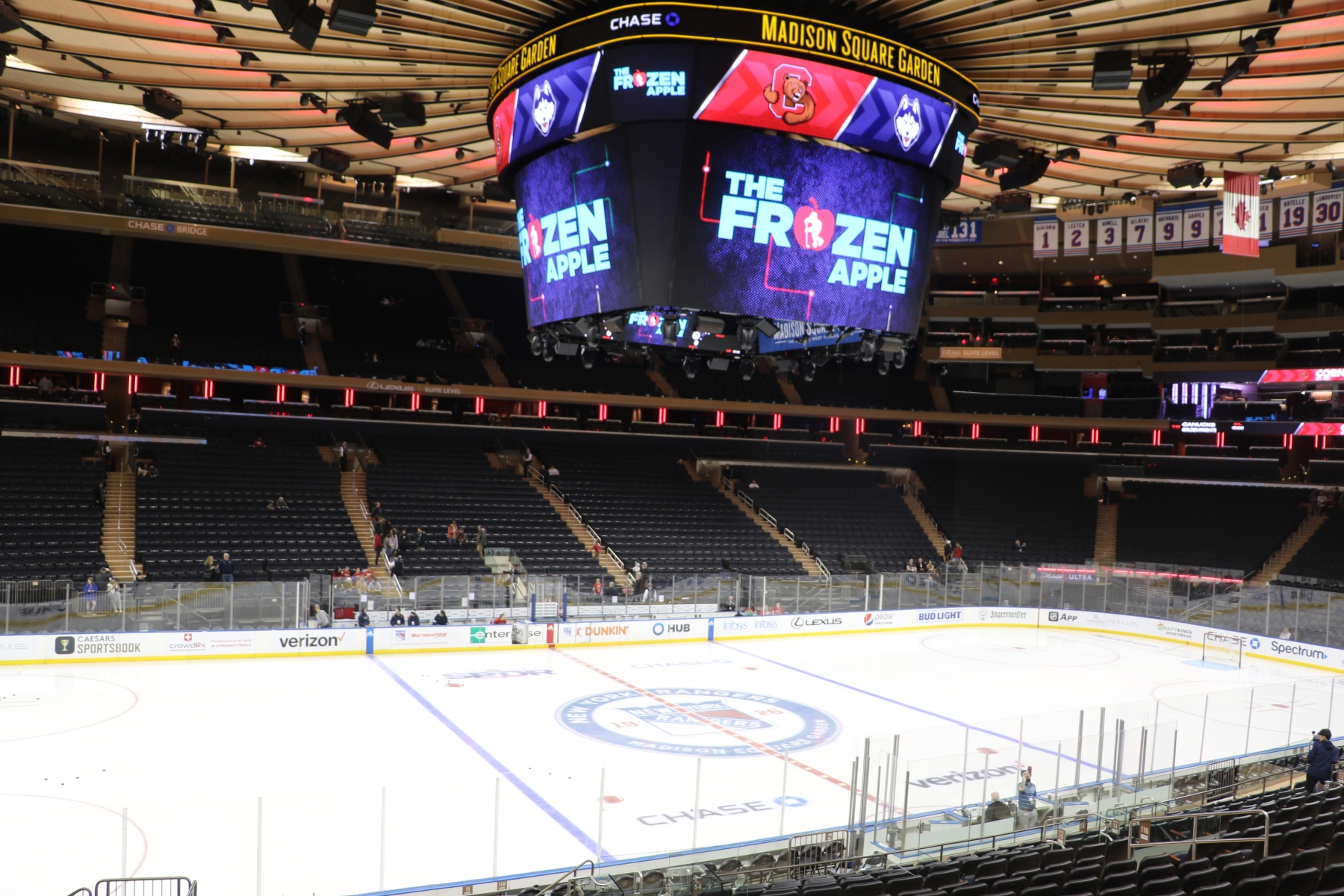 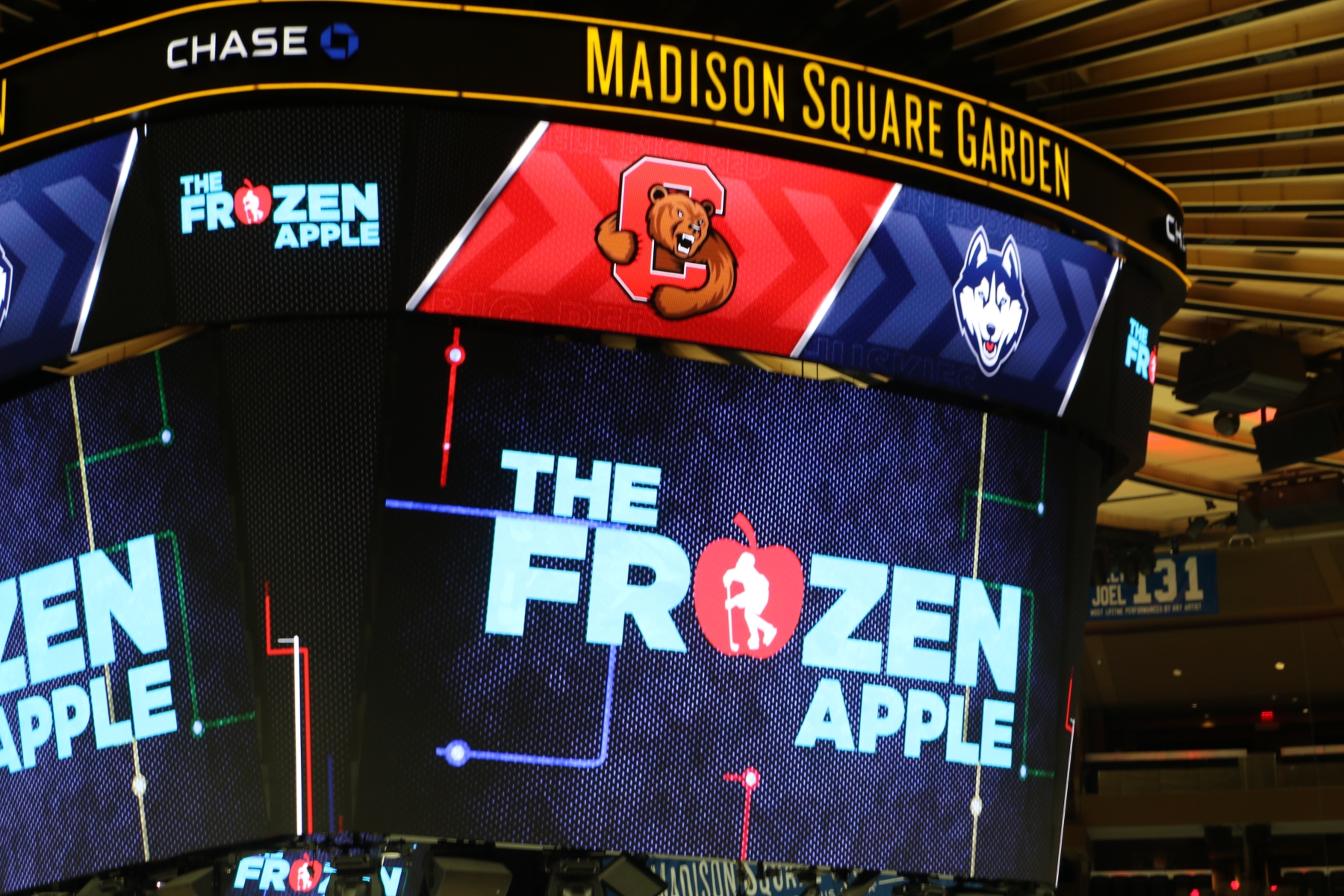 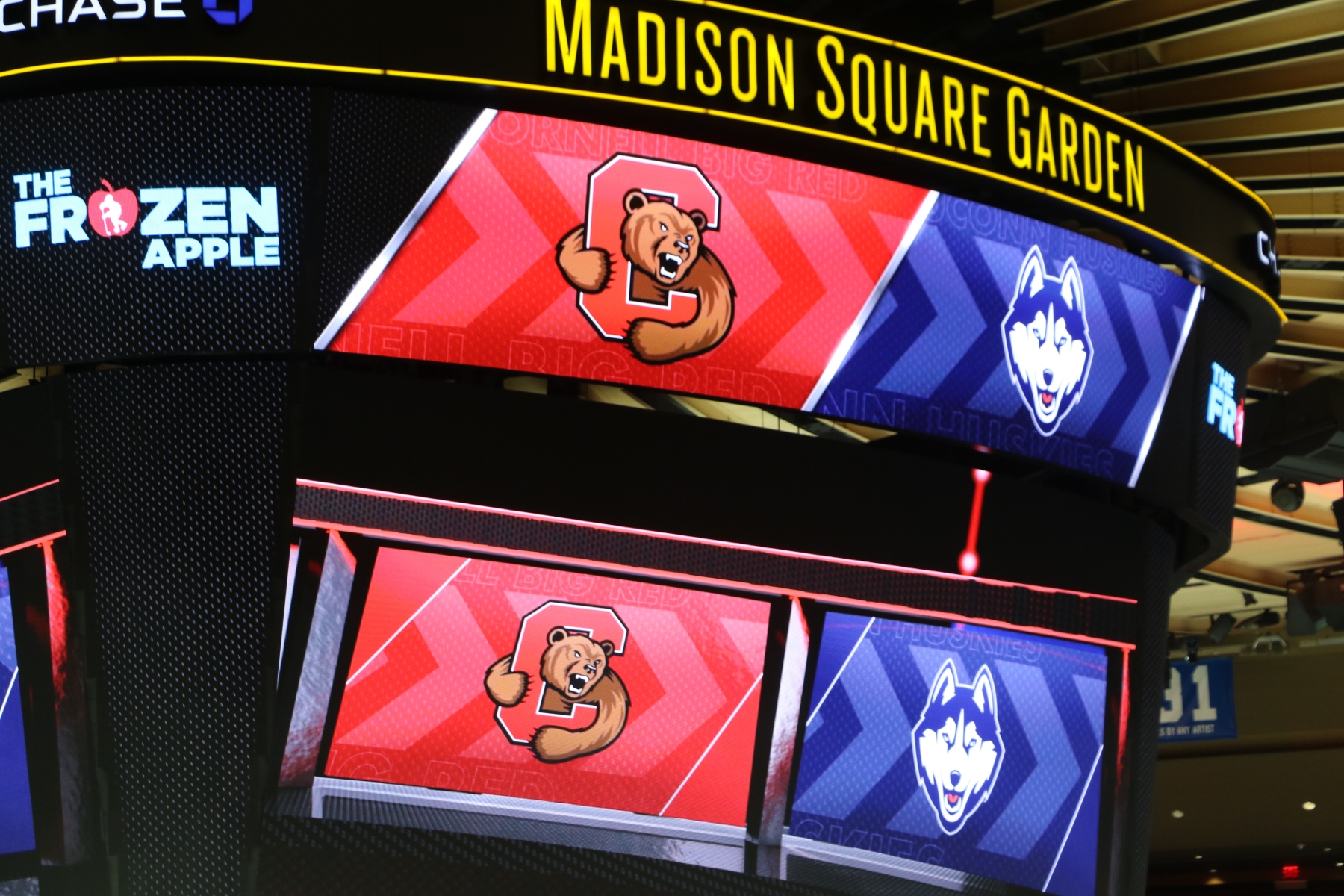 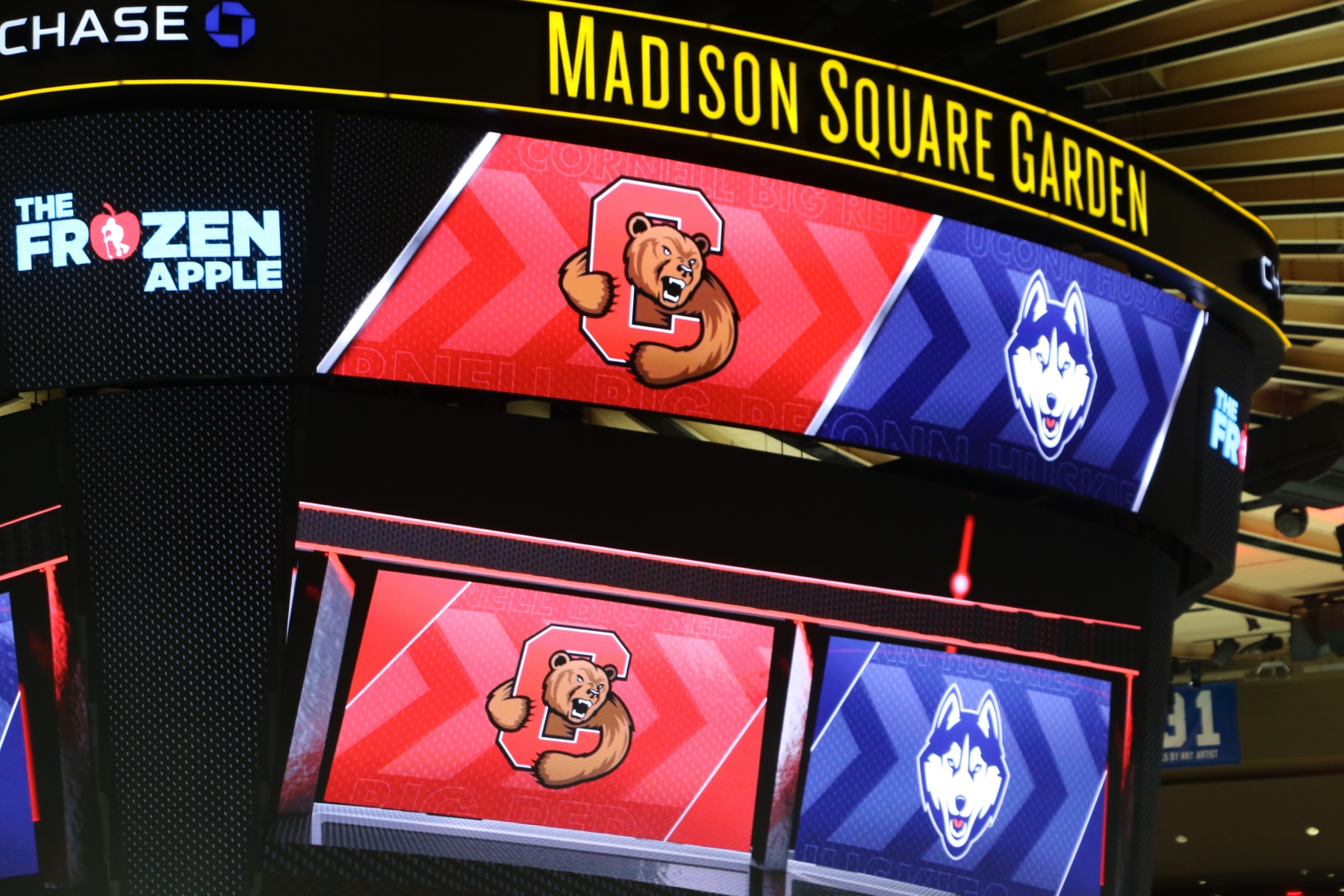 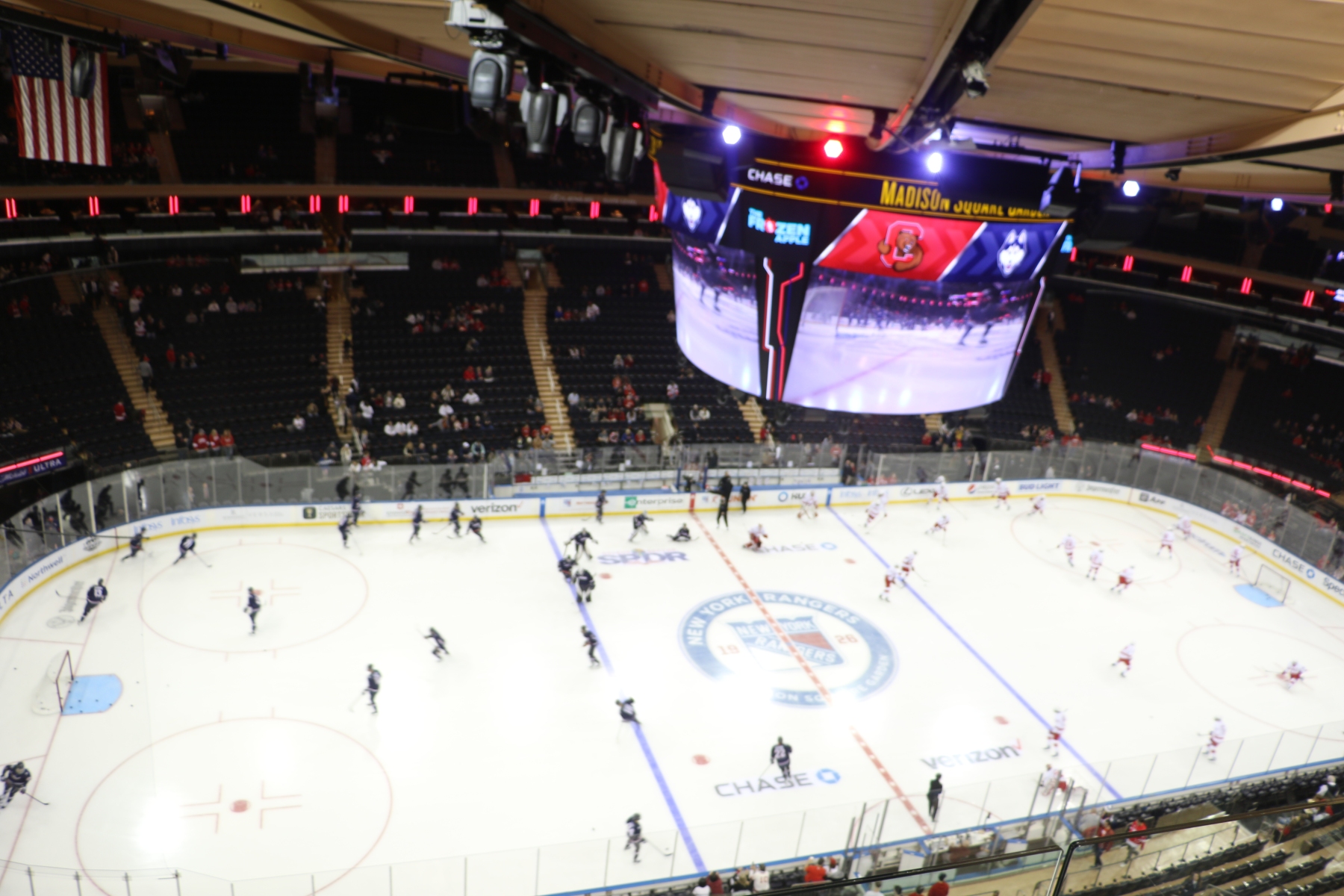 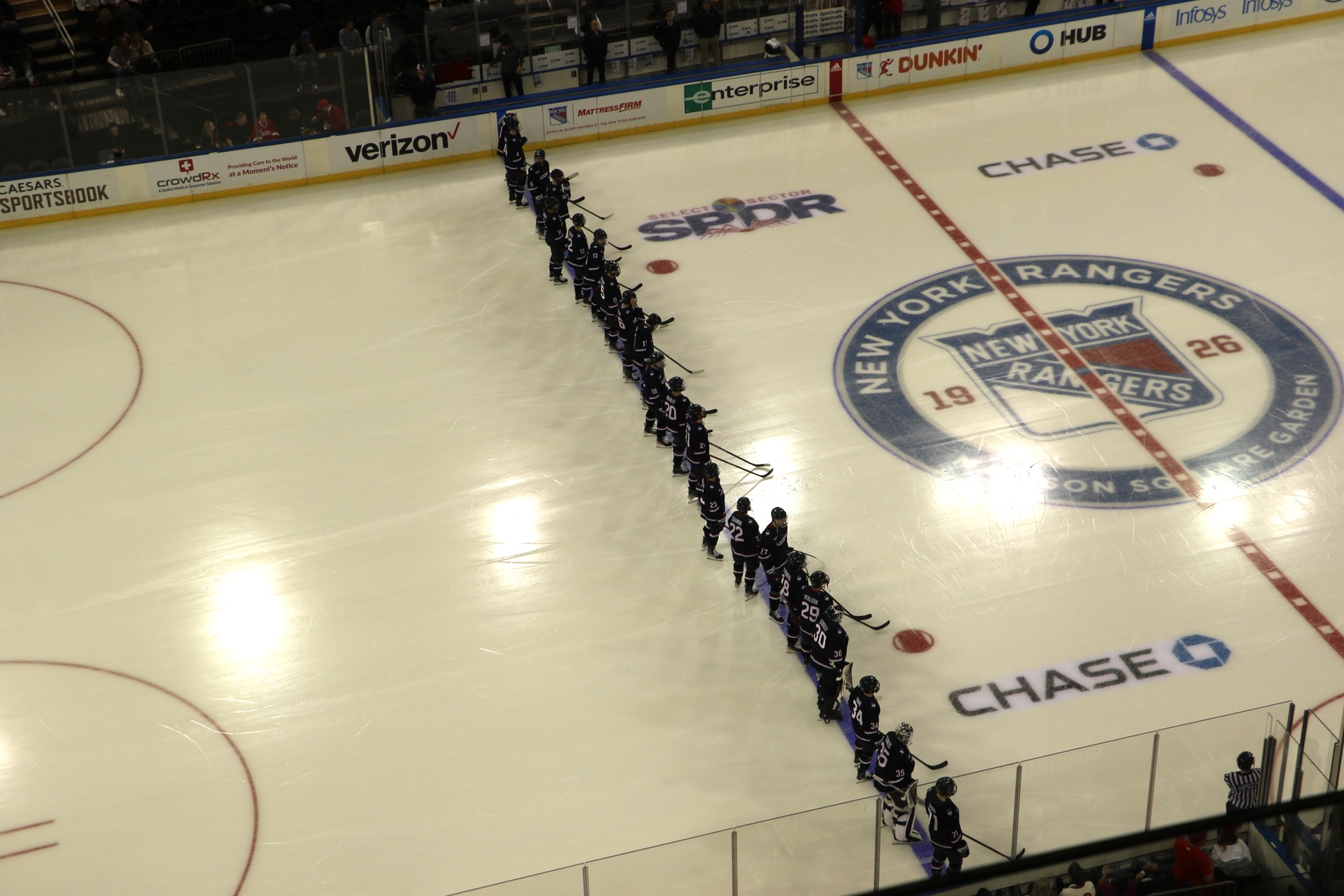 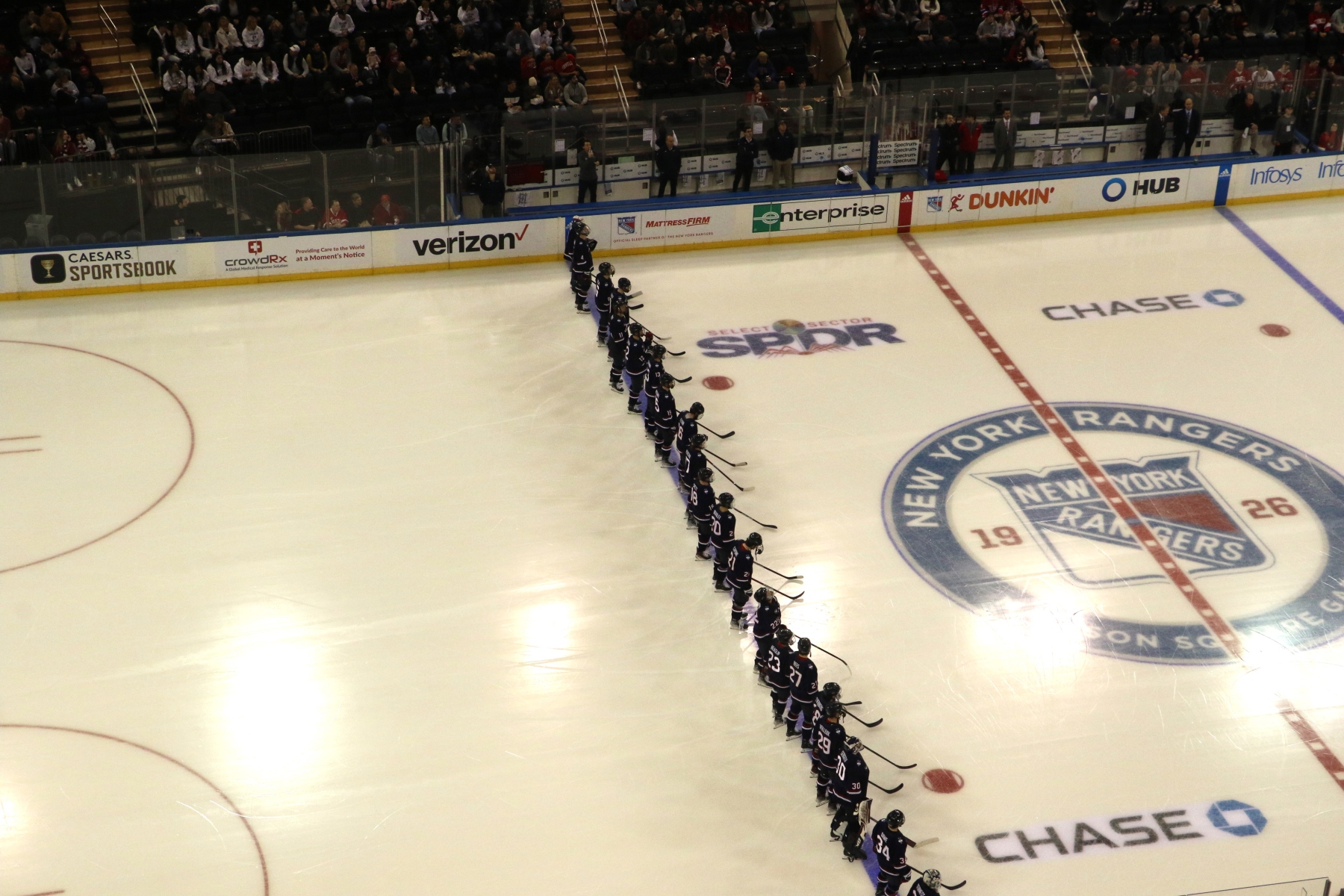 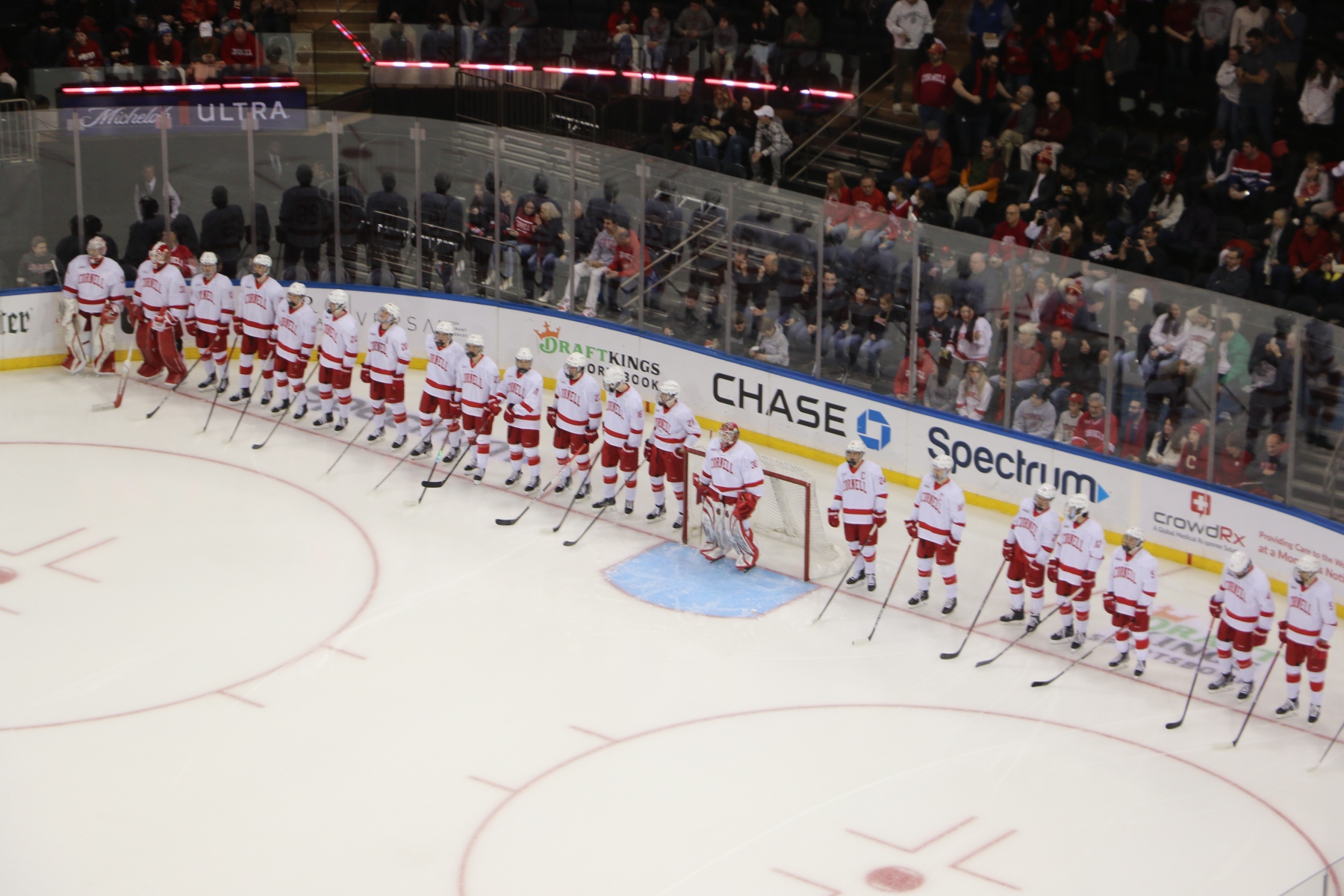 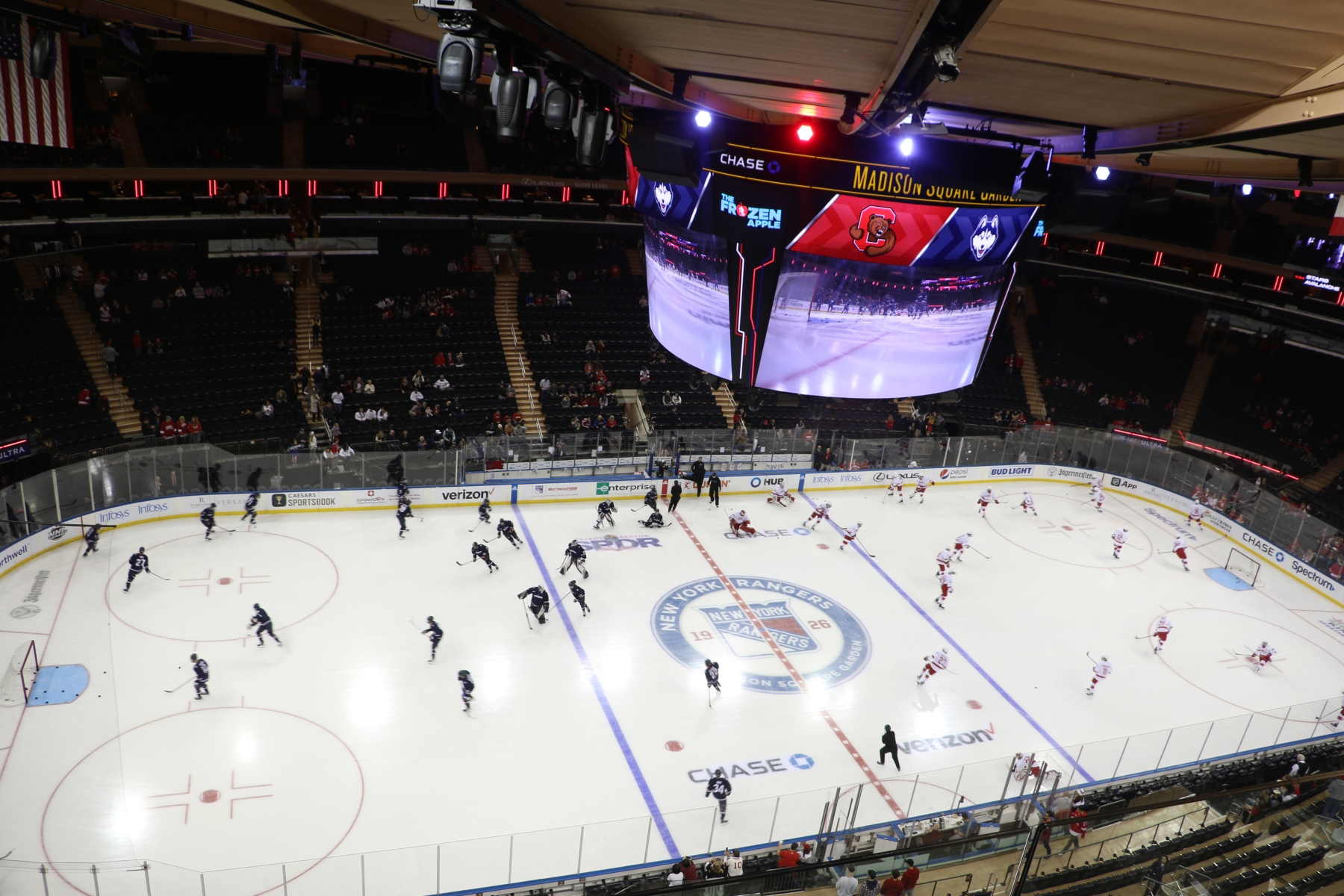 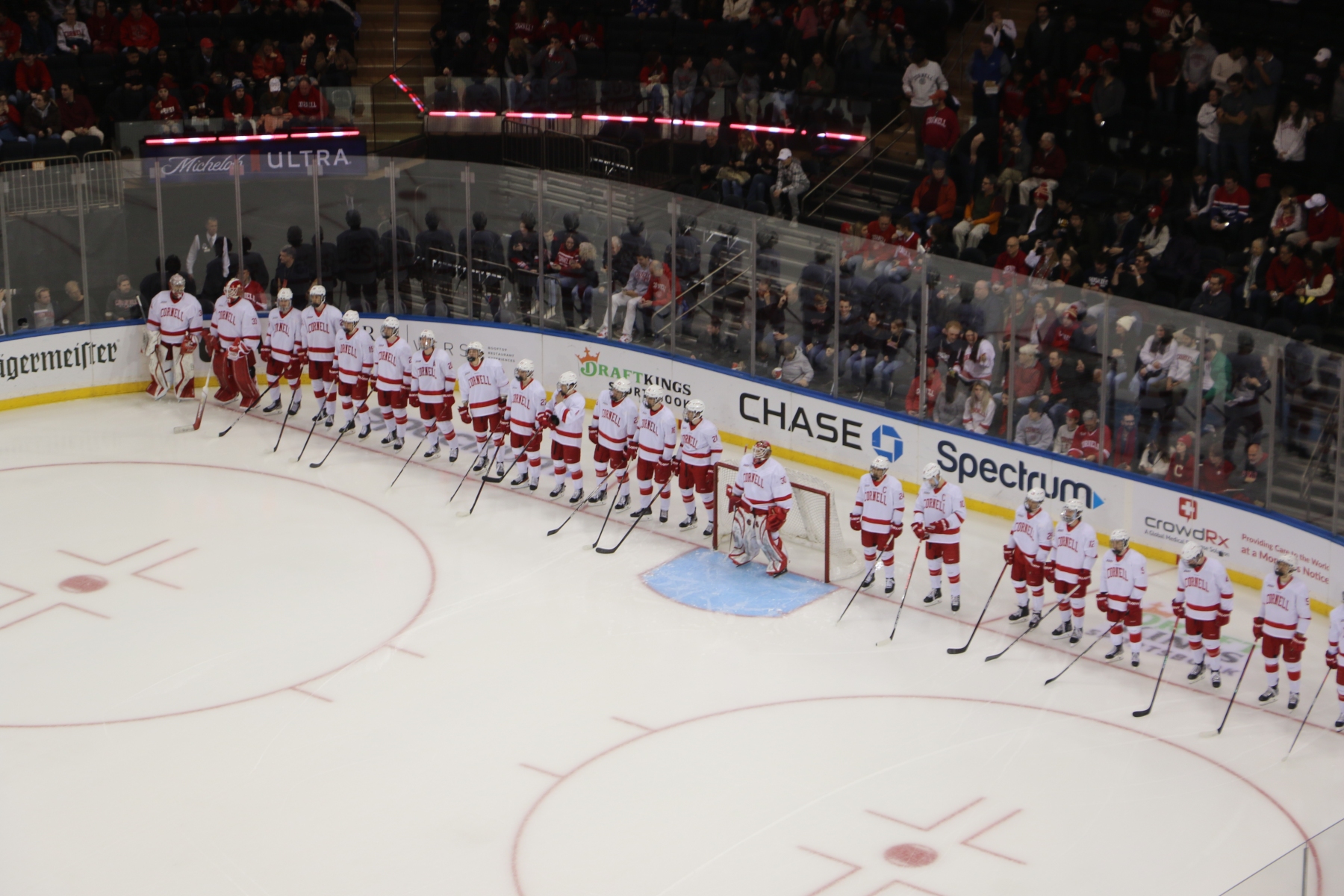 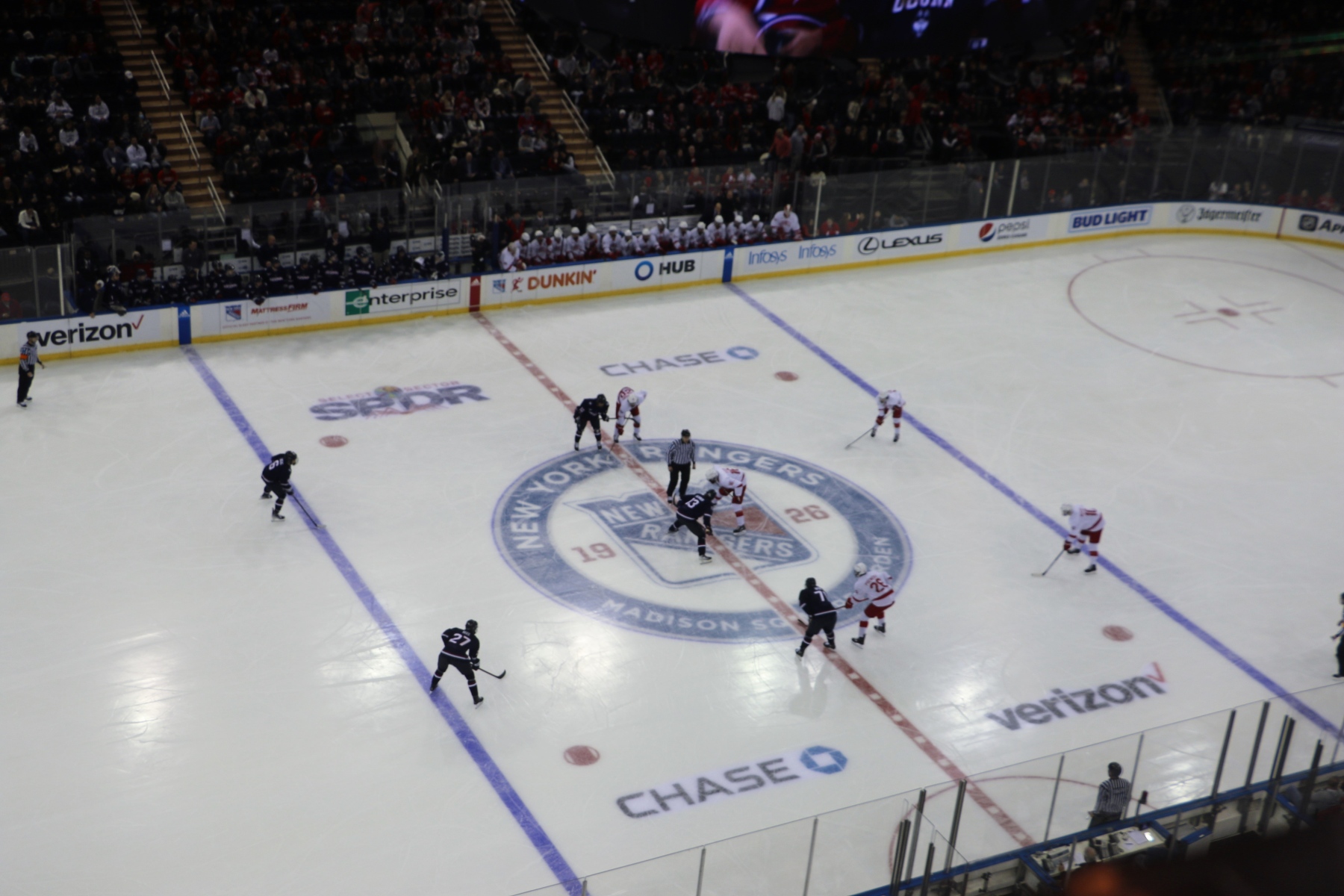 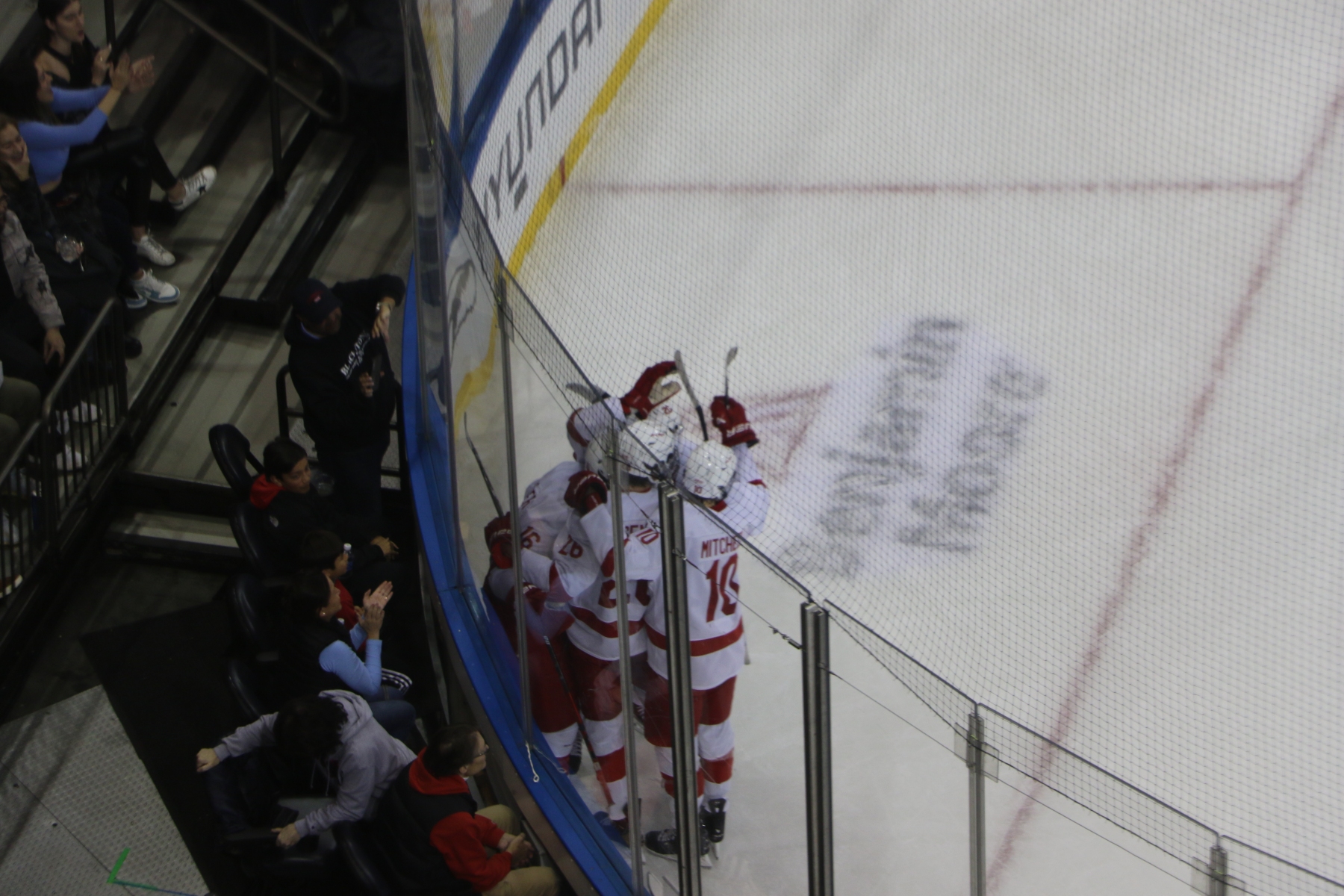 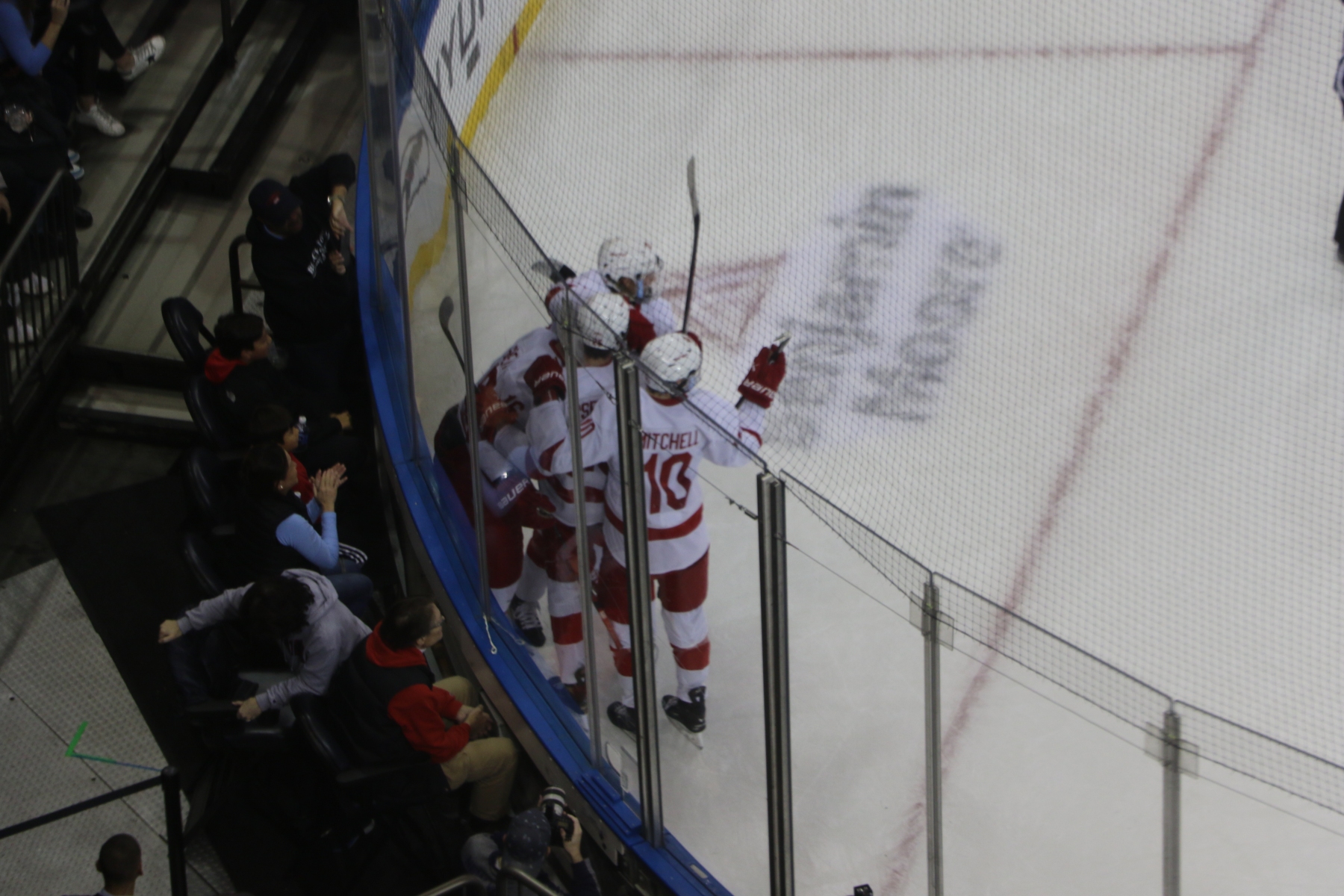 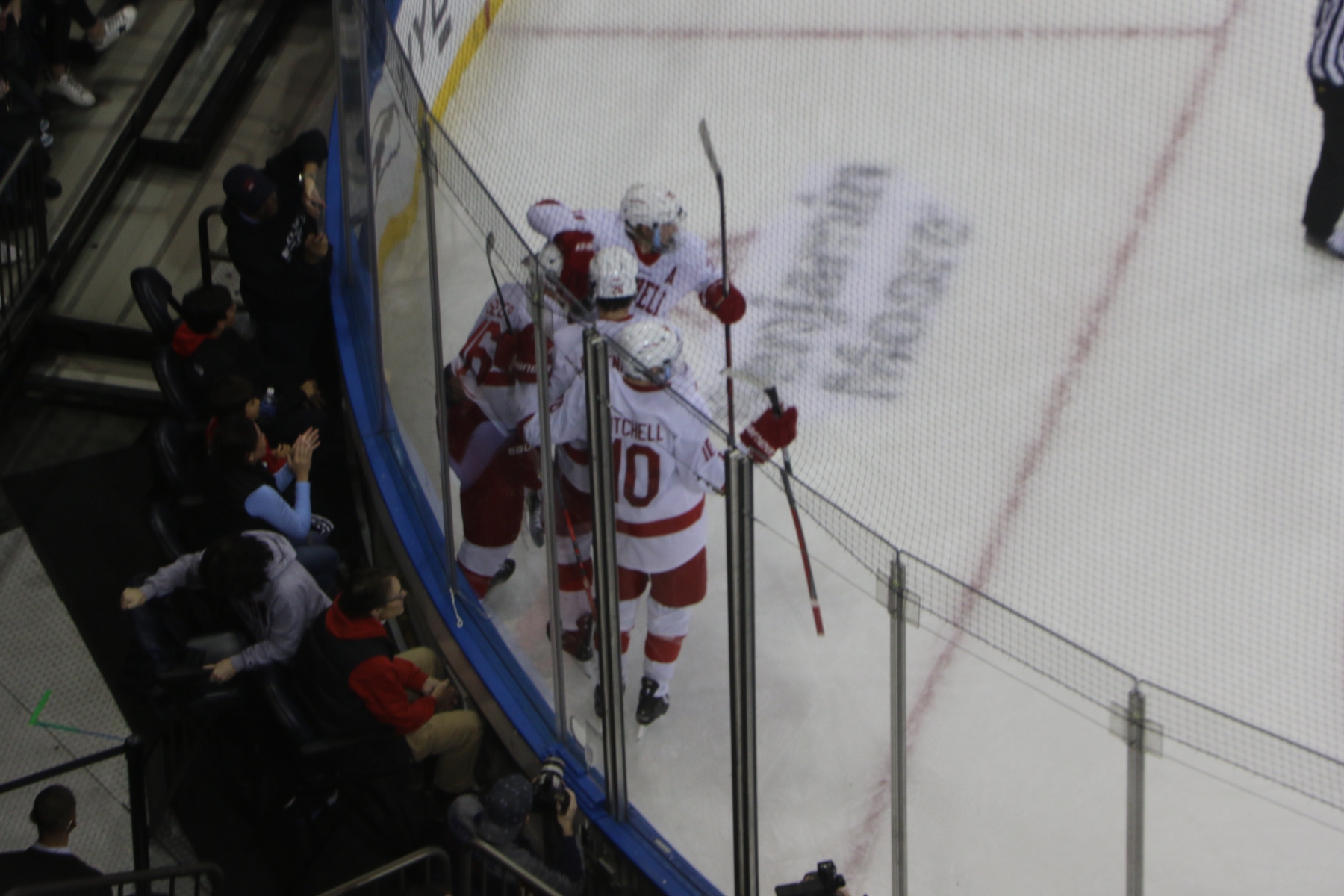 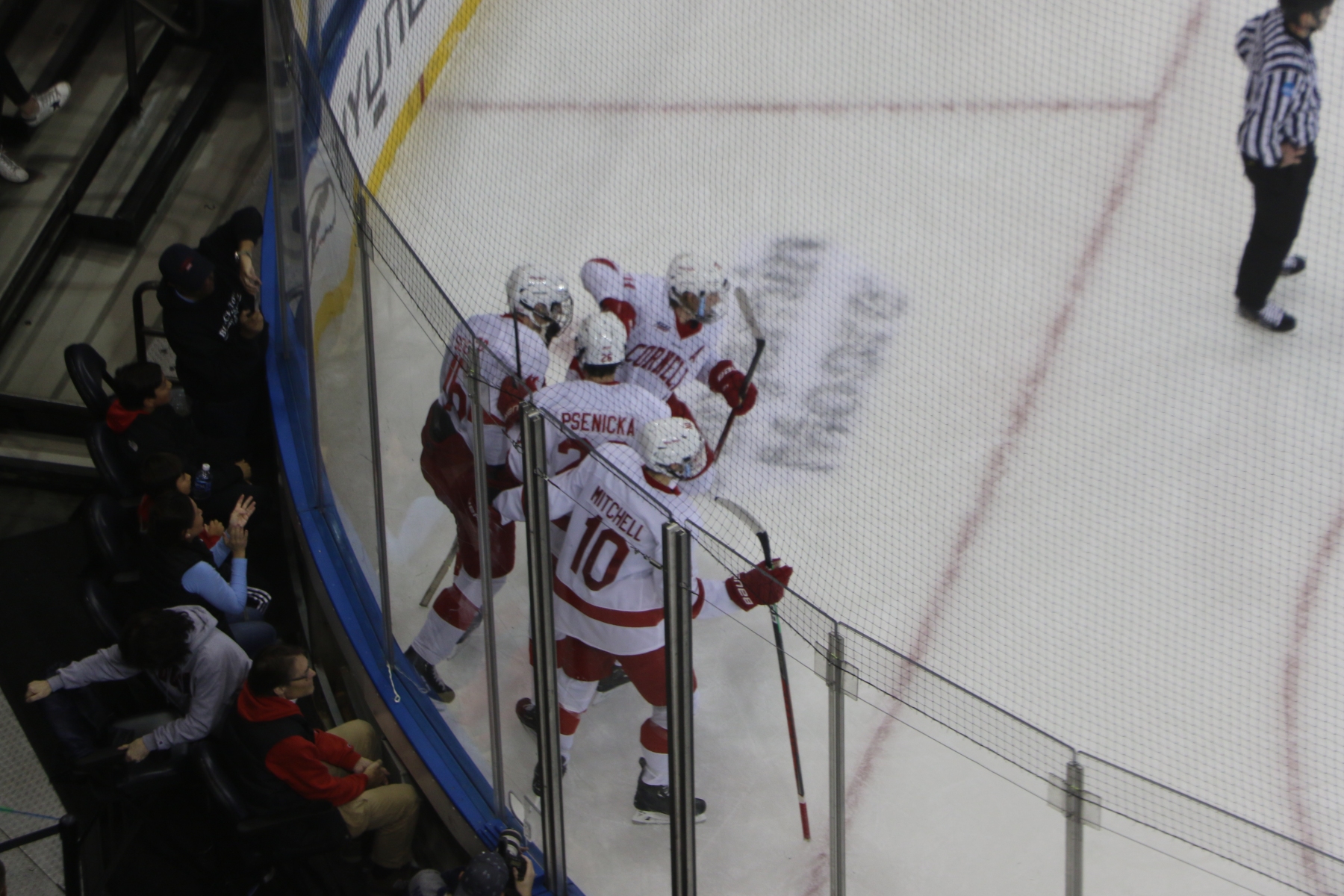 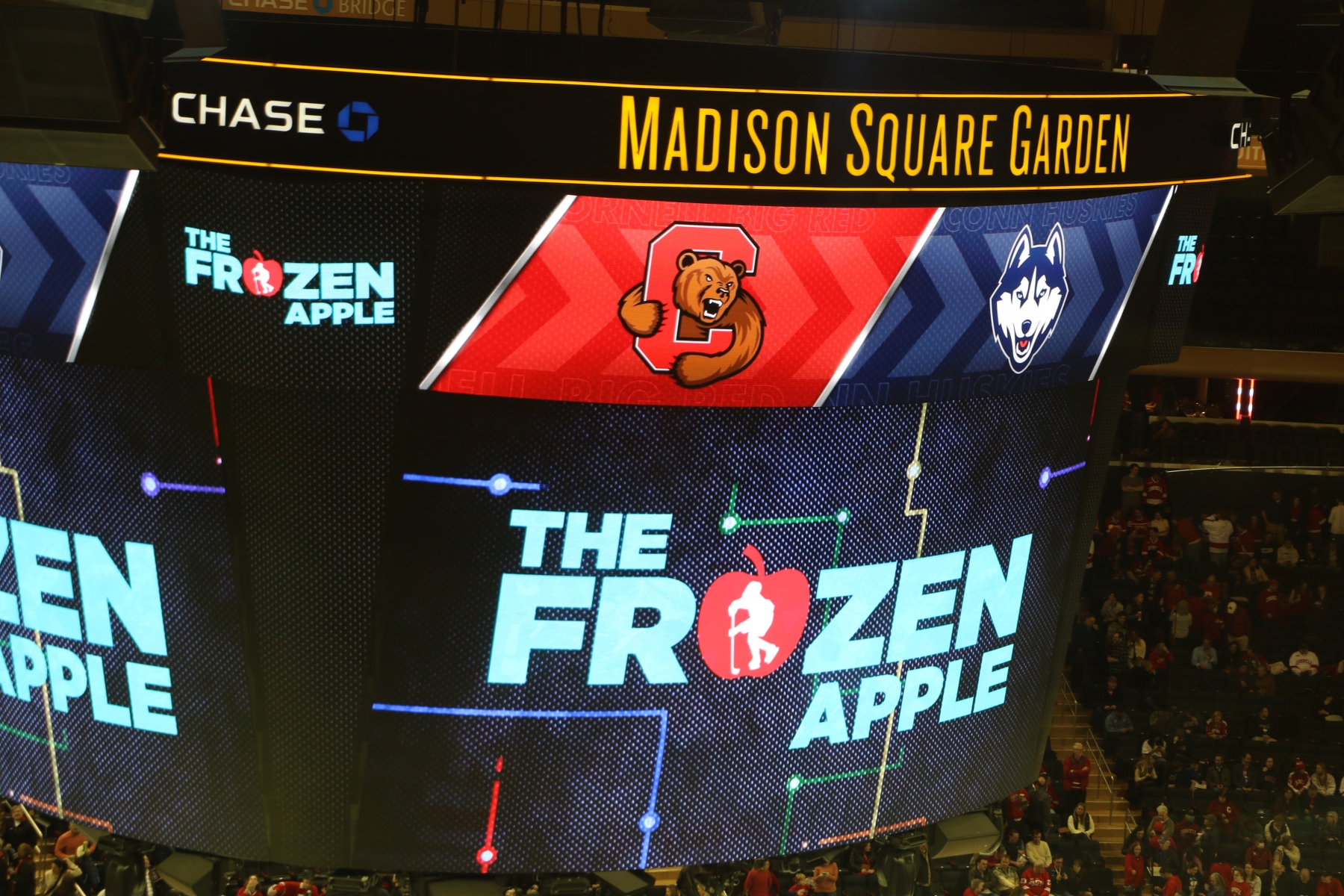 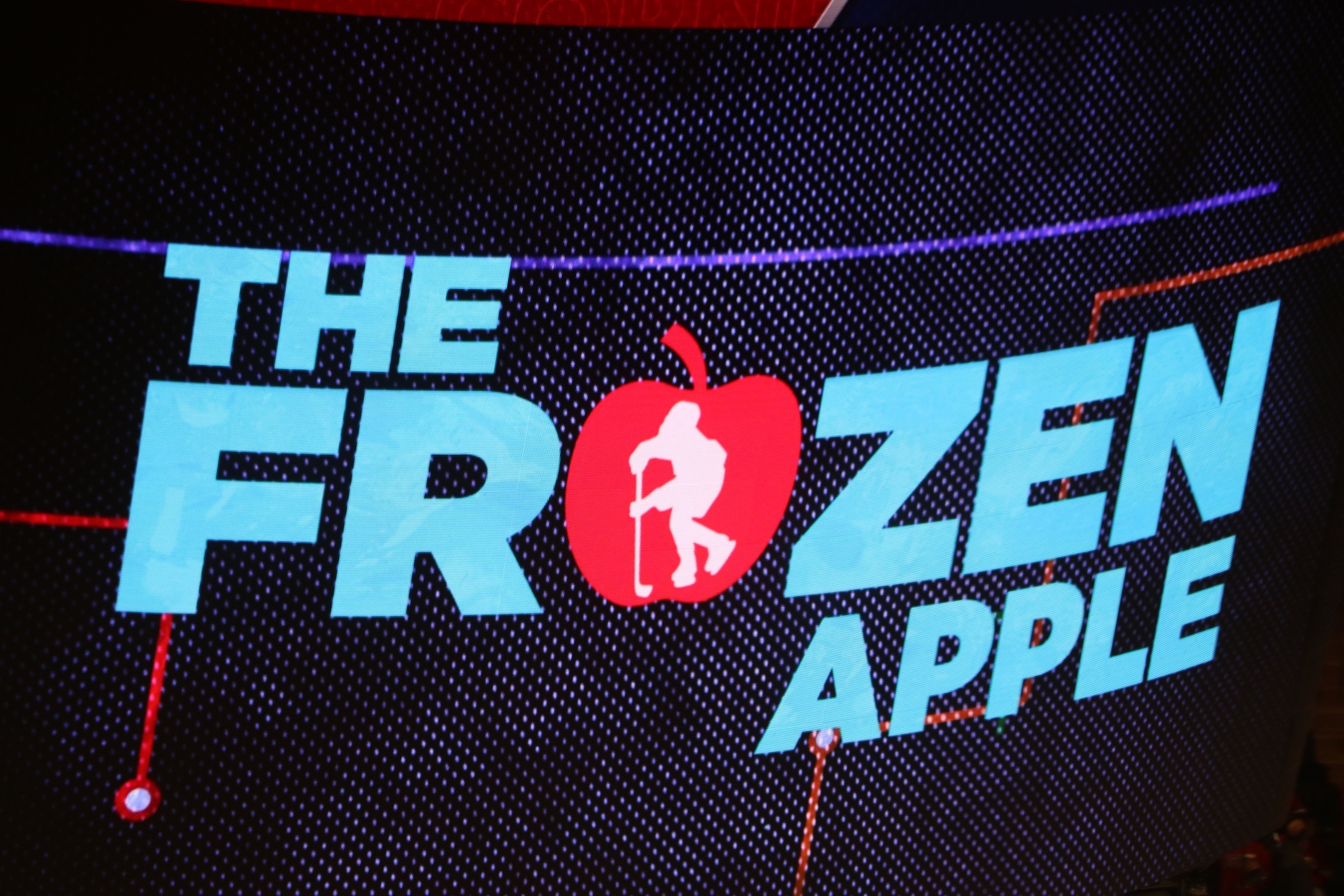 All contributing for Cornell was Max Andreev and Matt Steinburg who had a goal and an assist, while Sullivan Mack added two assists.

Bancroft had himself an impressive showing for Cornell as in his first appearance on Madison Square Garden ice, became the first Cornell player in program history to score a hat trick. He also was able to extend his season-long point streak to four games as he now has seven points (four goals, three assists) during that time frame.

Dalton is now the first Cornell freshman to log a hat trick since Ben Berard in the 2019-20 regular season finale against Clarkson on Feb 29, 2020.

The University of Connecticut had lots of great opportunities at goals but were all denied by Cornell goalkeeper Ian Shane had 27 saves for his fourth career shutout.

Here are some other interesting notes courtesy of Cornell University

Fans looking to learn more information on the Cornell Athletics Department are encouraged to click on the link seen here:

As for those who want to learn more about the University of Connecticut fans are encouraged to click on the link seen here: