Posted by Stacy Podelski on November 10, 2022 in Events to Check Out, Major League Wrestling, Professional Wrestling 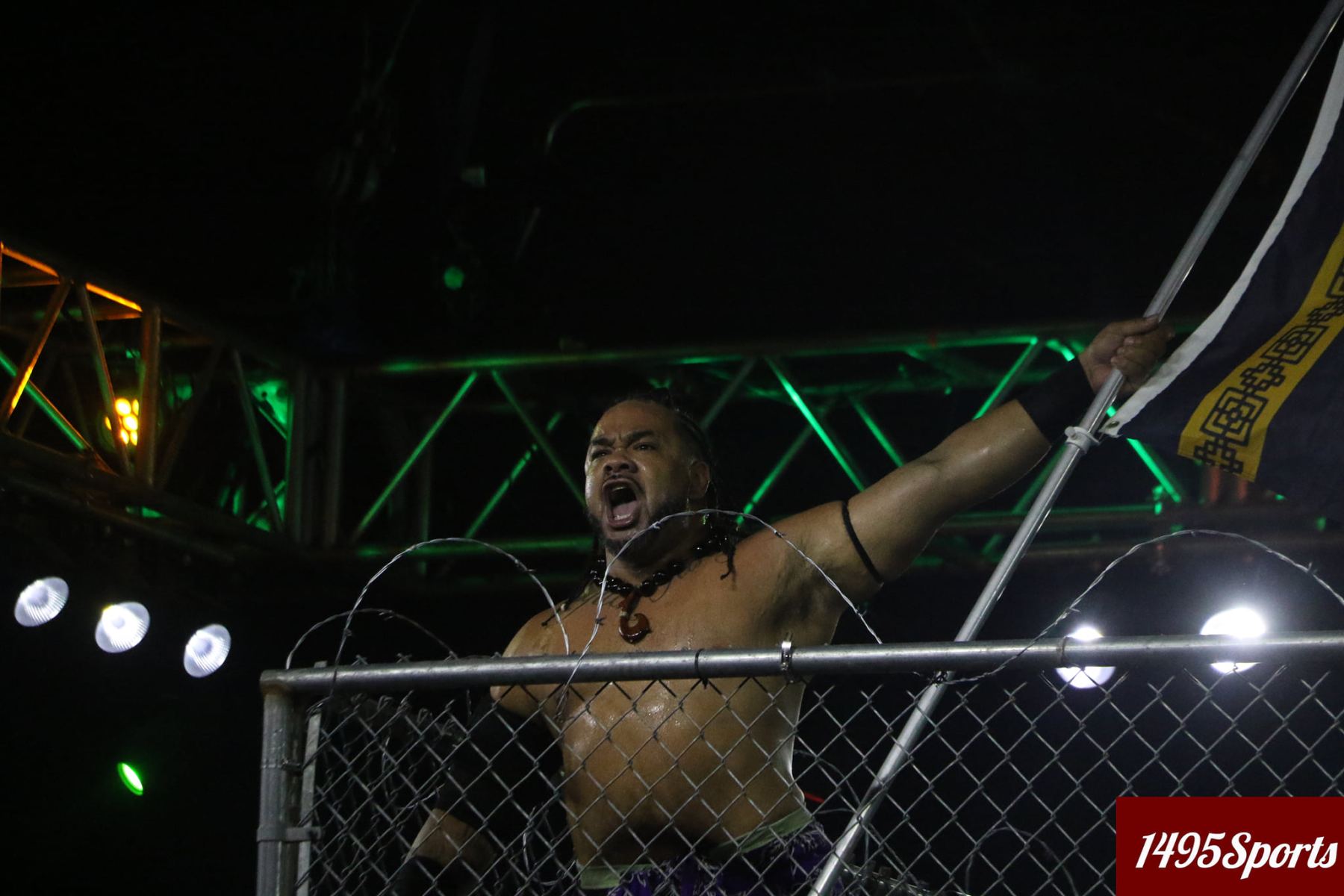 In the wake of the Battle Riot, Jacob Fatu rumbles with Real1 for the first-time ever in the main event of an action packed season premiere of Fusion.

Real1 boasts of being the uncrowned winner of the Battle Riot and now the Jersey brawler looks to prove his case by defeating the certified Battle Riot winner, Jacob Fatu.

For months the 280 pound “Samoan Smashing Machine” has been disrespected by Real1 and now he looks to shut up and put down the big mouthed North Jersey fighter once and for all. Will Fatu’s road to a rematch with the World Heavyweight Champion be derailed? Find out tonight!

The World Middleweight Title will be contested in a 4-way interpromotional championship clash as The Bomaye Fight Club’s Myron Reed puts his gold on the line against DragonGate’s La Estrella, Puerto Rico’s Lince Dorado and AAA’s Arez.

Richard Holliday and Alicia Atout are in the house. What does the Clout Couple have in store for Alex Hammerstone following last week’s attack on the champ?

Ol Mancer is back after nearly 3 years away. What’s Mance Warner been up to? Find out on Fusion!

Join MLW from New York City as the new season of Fusion kicks off at 8pm ET on Pro Wrestling TV.

For more information on Major League Wrestling fans are encouraged to click on the link seen here: