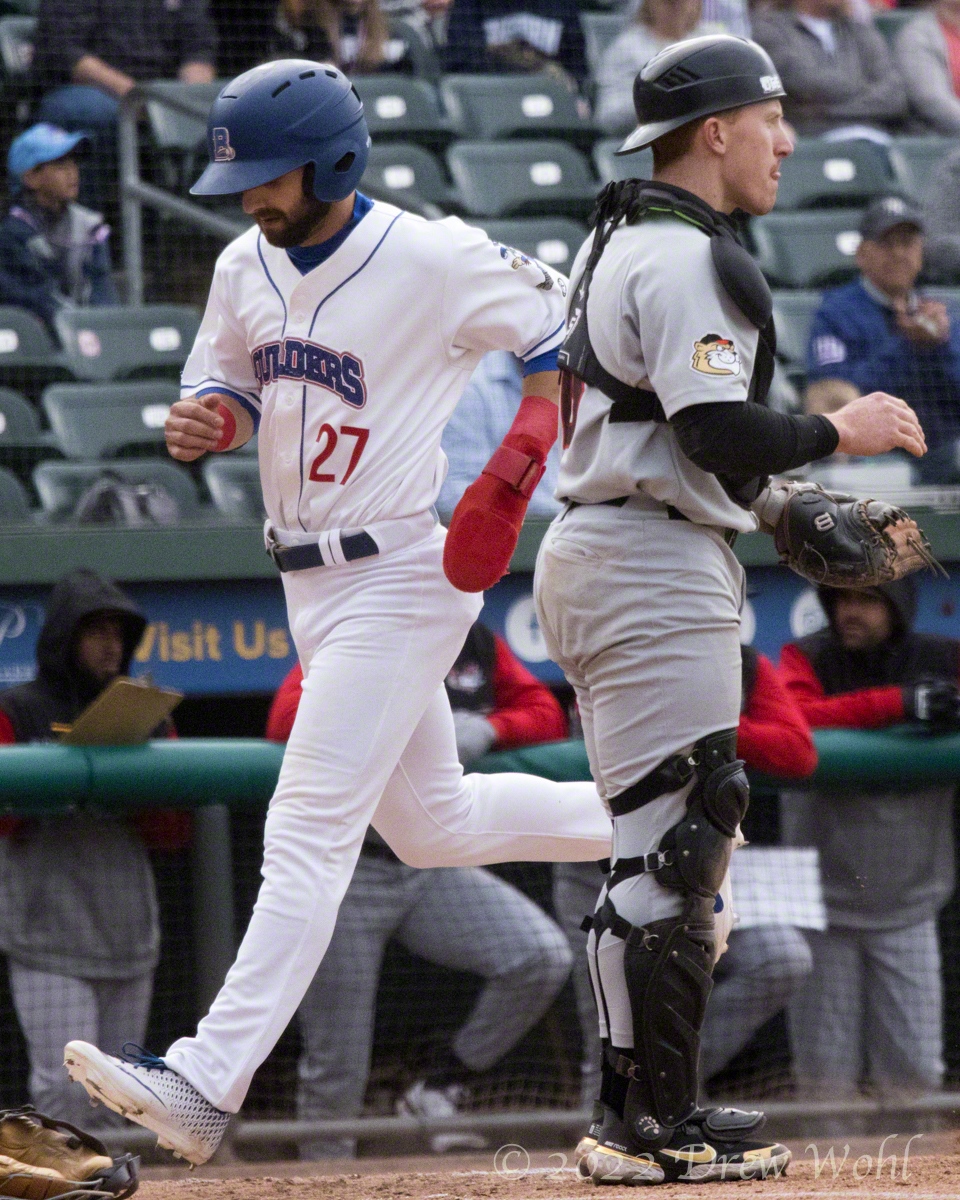 The New York Boulders continue to be on a roll, as they were able to win their 12th consecutive game with an 8-5 victory over the Trois-Rivieres Aigles. With the victory the Boulders will have an opportunity to host a Wild Card game against the Ottawa Titans on Wednesday, September 7.

New York has been able to win 30 of the last 41 games to finish the season with a 57-38 overall record. The Frontier League Season didn’t start so great for the guys, who had a 27-27 mark, they say that there are moments where it takes a while for a team to click, and it seems as if the Boulders are clicking at the right time as the team has now eared their spot in the playoffs.

Trois-Rivieres had jumped to an early 2-0 lead after two innings of play, but the Boulders were able to strike back with a five-run third inning that had allowed for them to gain control of the game.

New York tied things up in that third inning thanks to Chris Kwitzer’s single that was able to plate the two runs the team needed to get back into the game. One of the runs was scored by David Vinsky, which was the 98th run of the season. That run broke the Frontier League mark of 97 set back in 1998 by Richmond’s Morgan Burkhart.

The Boulders took a 3-2 lead, when Gabriel Garcia hit a sacrifice fly to help the team gain a lead. New York then added onto things thanks to a run-scoring double from Francisco Del Valle to go along with an RBI single by Jake MacKenzie made the score 5-2.

Things had went back-and-forth between the two teams before New York busted things open with a pair of runs knocked in by Vinsky putting the score at 7-3.

These two teams continued to battle, with Trois-Rivieres looking to win the game in the bottom of the ninth inning. The Aigles had consecutive singles by Canice Ejoh and Nicco Toni, which was followed by an RBI double by Sam Poliquin. All of this action had cut the Boulders’ lead to 8-5.

This was when the Boulders bullpen came into play as Zach Schneider was able to get a huge strikeout to help maintain the team’s lead. Matt Leon had come in later on and got a ground out play to close out the victory.

Earning the victory on the mound for New York was Robby Rowland, who lasted 2 ⅓ innings, giving up five runs on six hits while walking two.

This is when things will get exciting for the New York Boulders who will get to host a Eastern Division Wild Card game against the Ottawa Titans that will be played on Wednesday September 7 at Clover Stadium in Pomona. The First Pitch for that game is set for 7:00 p.m.

For more information fans are encouraged to click on the link seen here: