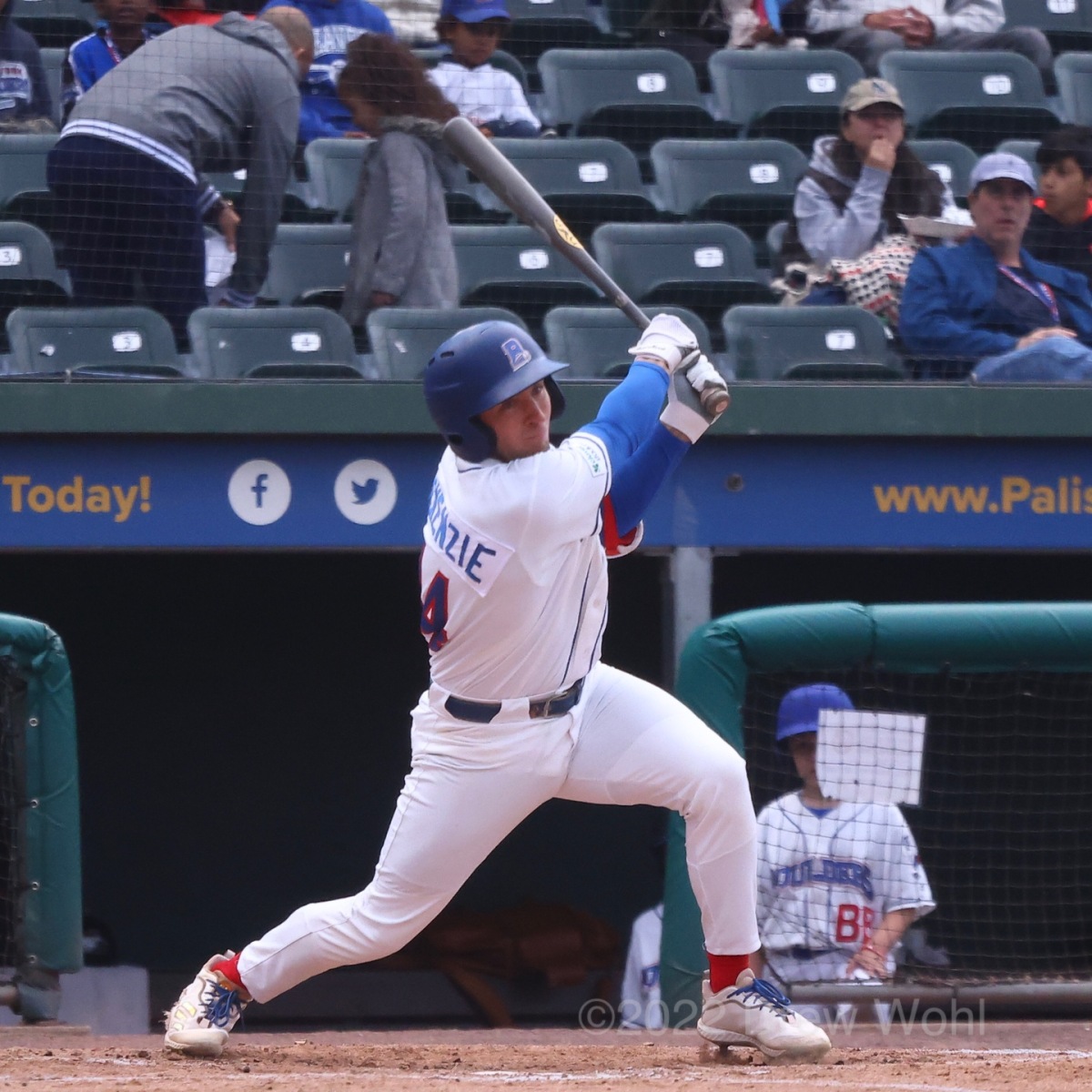 Much like the song, the New York Boulders seem to be born to be in a Wild Card Spot, as the team is heating up at the right time with the Frontier League Playoffs getting closer and closer.

The most recent victory was a 13-10 extra-inning  nail-biter over the Trois-Rivières Aigles on Saturday.  New York had themselves an eight-run lead disappear, to mount a comeback and continue a run of great baseball the team has been playing as of late.

As of September 4, the Boulders have a shot for a home wild card game the scenario that is hoped for is a Boulders victory of an Ottawa loss on Sunday will allow for the Boulders to host Ottawa at Clover Stadium in the Wild Card game on Tuesday, September 6 at 7:00 p.m.

Getting back to the game against Trois-Rivieres, with the game tied at 8, MacKenzie blasted a three-run shot to left-center in the 10th inning for an 11-8 lead. Later in the frame the Boulders were able to add on thanks to a Ray Hernandez triple and an RBI single from Giovanni Garbella.

There was a bit of a history-making moment during the Hernandez’ triple, as when David Vinsky scored that was the 97th run scored by the Boulders’ outfielder. This ties the Frontier League mark that was set in 1998 by Morgan Burkhart.

On the mound for the Boulders was Dylan Smith, who was the second of the three pitchers in the game, was able to earn the victory, while also improving to a 2-0 record.

It all boils down to this Boulders vs Aigles, to go along with a chance to host a Wild Card game at Clover Stadium. First pitch is set for 1:05 p.m.