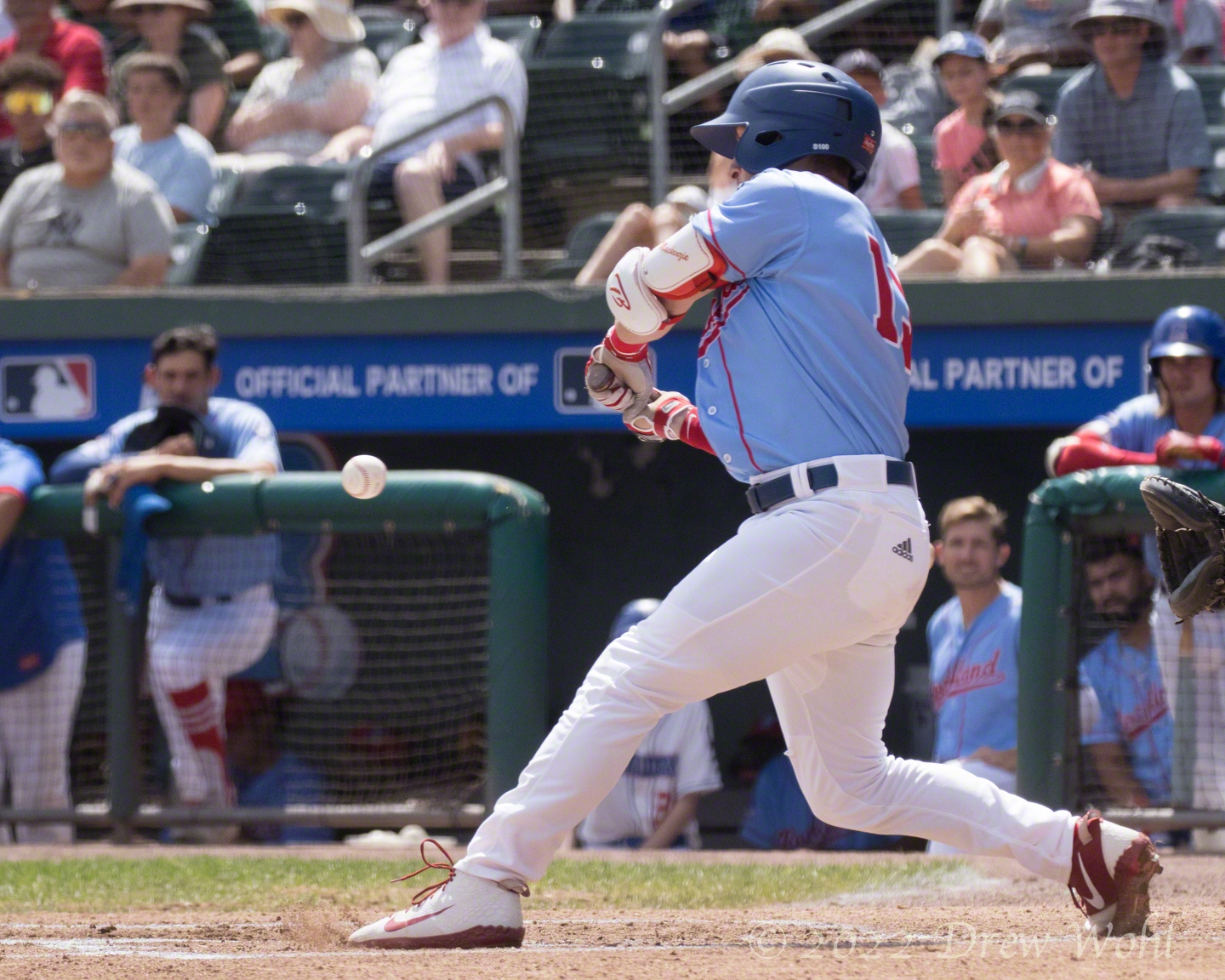 Drew Wohl was the winner of the New York Boulders’ second annual Phil Tisi Award and Jake MacKenzie was tabbed this year’s recipient of the Johnny Thompson Unsung Hero Award as the Frontier League team handed out its end-of-season honors at their final home game of the season on Thursday at Clover Stadium in Pomona.

Phil Tisi was a teacher and public servant in Rockland County who passed away in April of 2020 due to complications of the Coronavirus. He was 72.

A supporter of independent league baseball since the birth of the Boulders in 2011, he was regarded as the franchise’s #1 fan.

However, Tisi was more than just a baseball fan. A Social Studies teacher at Suffern High School for 38 years before retiring in 2009, he also served the public as a deputy supervisor, interim supervisor, assistant to the supervisor and director of communications for the Town of Ramapo.

The award in his honor is given to the member of the New York Boulders’ family who has demonstrated a commitment to bettering the community by giving an effort above and beyond the normal level through their work with local charities, schools and organizations in hope of making Rockland a better place to live and expanding the Boulders’ name.

Wohl, who is putting forth a courageous fight against cancer, has been the Boulders’ team photographer since the team’s inception.

Meanwhile, MacKenzie has quietly put together an outstanding season on his way to the Thompson Award. Heading into Thursday’s game, he was hitting .298 with 13 home runs, 39 RBI and 88 runs scored. Showing his versatility, MacKenzie has started games at second base, shortstop, third base and centerfield this year.

Additionally, Chris Perich  was named Boulders’ Employee of the Year. Though assigned to the sales staff, Perich assisted with running the Boulders’ summer youth baseball camps, as well as doing various assignments on game day.

The Boulders also announced the winners of team awards with North Rockland High School graduate Dan Wirchansky tabbed as the top pitcher and Chris Kwitzer  was the top rookie. Austin Dennis was tabbed as the Boulders’ team MVP,  while David Vinsky was named by the fans as the Core Power Player of the Year.

Additionally, the league announced earlier on Thursday that Vinsky was named to the Frontier League All-Star team. Vinsky was hitting .349 heading into that night’s game to go along with 20 home runs, 82 RBI and 94 runs scored.

The 94 runs scored represent a Boulders’ single season record, breaking the previous mark of 91 set by Joe Maloney in 2015. Vinsky also set the franchise season hit mark with 130 and counting, surpassing the 129 of Jared McDonald in 2015.

The runs scored also puts Vinsky in range of the Frontier League mark of 94 set in 1998 by Richmond’s Morgan Burkhart.

Vinsky, along with Wirchansky, represented the Boulders at this past July’s Frontier League All=Star game hosted by the Washington Wild Things.

Information regarding season tickets and packages for the Boulders’ 2023 season are available by calling 845-364-0009 or sliding to www.NYBoulders.com.

Debuting in 1993, the Frontier League is the largest and longest-running of the modern independent leagues and features teams stretching from the Atlantic Ocean to the Mississippi River and from the Ohio River to the St. Lawrence Seaway.  In September of 2020, the Frontier League reached an agreement to become a “Partner League” with Major League Baseball.

As a “Partner League,” the Frontier League and its teams will meet on a regular basis with MLB representatives to discuss joint marketing and promotional opportunities, as well as collaborate on initiatives to provide organized baseball to communities throughout the United States and Canada.

More information can be found at www.frontierleague.com.