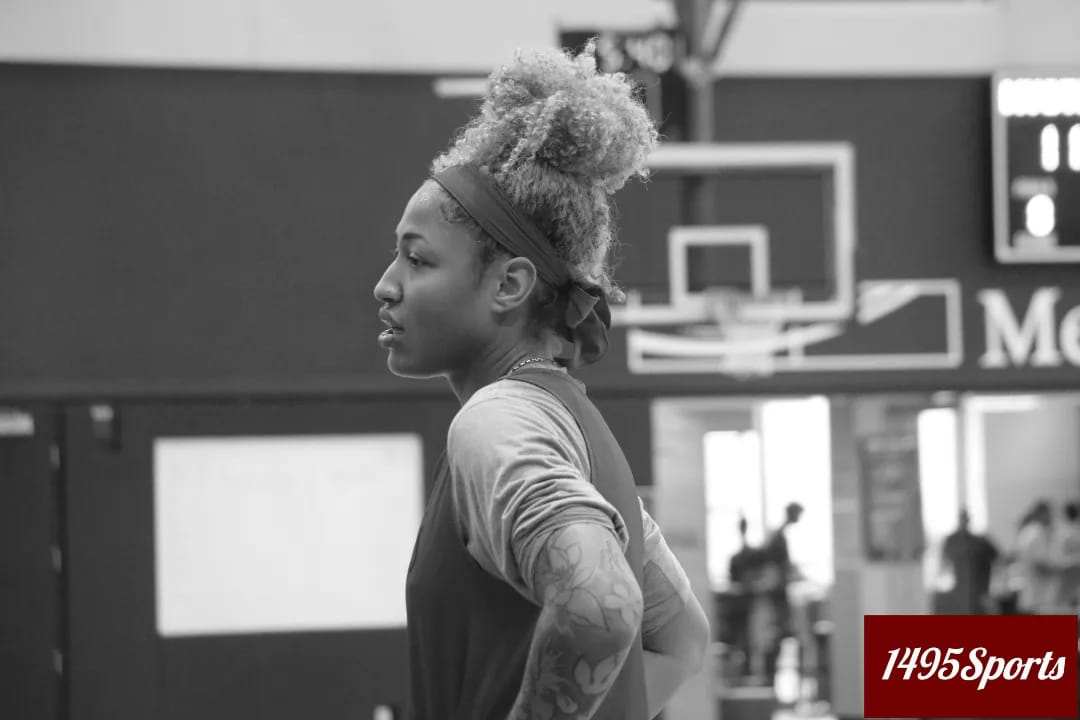 Shakira Austin during one of the Washington Mystics practice session. Photo by: Stacy Podelski/1495Sports

The third overall pick in the 2022 WNBA Draft, Austin averaged 8.7 points and 6.4 rebounds while shooting 54.7% from the field over 36 games (32 starts).  She ranked sixth (54.7%) in the WNBA in field goal percentage this season and has the fourth highest field-goal percentage among rookie players in league history [min. 100 FGM]. Among WNBA rookies this season, she ranked third (8.7 ppg) in points, second (6.4 rpg) in rebounds, third in blocks (0.8 bpg) and third in free-throws made (68) and free-throw attempts (109).

The Ole Miss product became the 14th rookie in league history to average at least eight points and five rebounds while shooting 50.0% from the field in their first season. She totaled four point-rebound double-doubles, second most among rookies this season and her 28 five-plus rebound games are tied for the most by a first-year player in franchise history (Chamique Holdsclaw; 1999). She became one of three Mystics to total at least 200 points and 200 rebounds in their rookie season and her 232 total rebounds mark the second most by a Washington first-year player (Holdsclaw, 246).

The WNBA All-Rookie Team was selected by a panel of 56 sportswriters and broadcasters, consisting of 32 national media members and 24 WNBA-market voters.