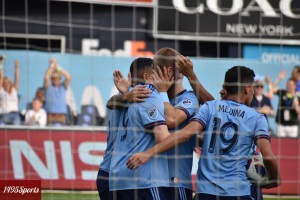 The Club is scheduled to depart for  training camp beginning in Orlando, Florida.

29 players make this season’s preseason roster which includes Malte Amundsen who will join the team upon receipt of his P-1 Visa. Six academy players will join the First Team this year, including Cooper Flax who was part of the 2020 preseason.

Héber continues to recover from a torn ACL in Brazil and will not be with the team in Florida.

The 2021 preseason roster is listed below: