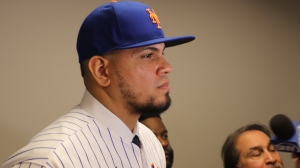 It is a brand new era for fans of the New York Mets, as it was announced recently by Major League Baseball that Steve Cohen is the owner of the team. The franchise celebrated the arrival by making several roster moves that started on Friday.

The moves for the Mets continued recently as the team extended a qualifying offer to RHP Marcus Stroman. In addition, RHP Dellin Betances and RHP Brad Brach informed the team that they each were exercising their 2021 player option.

Fans are encouraged to stay tuned as there will be a ton more moves made prior to the start of the 2021 season.