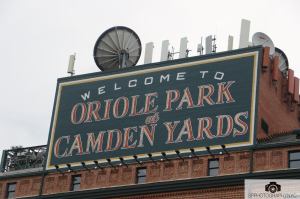 The Baltimore Orioles (5-6) finish up a  series against the Miami Marlins (5-1) tonight (Thursday) at Oriole Park at Camden Yards. It is going to be one heck of a roller coaster of a season and the Orioles just like all the Major League Baseball teams only have 60 games to try to figure out the right combination to win the World Series Trophy.

Taking the mound for Baltimore will be lefty Wade LeBlanc (1-0, 4.09 ERA), who is set to make his third start for the team. In his last outing against Tampa Bay, LeBlanc was able to hold the Rays to one run on four hits in 5 1/3 innings pitched in a 5-4 victory for the Orioles.

It has been a long time since LeBlanc has taken on the Miami Marlins as the last time the lefty saw the opposing team was in 2017, with a victory tonight LeBlanc will hope to improve his career record at 47-47.

Meanwhile on the other side of the hill getting the nod for the start for the Marlins will be righty Jordan Yamamoto (0-0) who will make his first start of the 2020 season. Yamamoto was able to record 15 starts during the 2019 season, striking out 82 batters in 78 2/3 innings work.

It’ll be interesting to see if the Baltimore bats can regain their confidence, as the Marlins pitching staff has just done a tremendous job of sucking all the great energy the Orioles bats had going into the series.

Baltimore continues to tinker with their roster seeing what combination of players will help them on the field. At the end of the game against the Marlins on Wednesday the team optioned outfielder DJ Stewart to their alternate training site in Bowie, Maryland.

There was a combination of reasons for the move as the Outfielder has been struggling at the plate as of late for the team, in addition to the fact that  per MLB rules, all teams must parse their 30-man rosters down to 28 players by first pitch Thursday.

Things have gone off to a slow start for Stewart though at the dish as he had been hitless in his first 15 at-bats of 2020, striking out eight times and drawing six walks. It’ll be interesting to see what sending a player to the alternate training site will do, as this is a new format for Major League Baseball this season. Fans are encouraged to stay tuned to see what moves and adjustments the team will make next in what has been a really fast paced season so far.

Game time for the Orioles and Marlins game is set for 7:35 p.m. and anyone interested in watching the game can do so on the MASN network.

For more information on the Baltimore Orioles fans are encouraged to click on the link seen here: